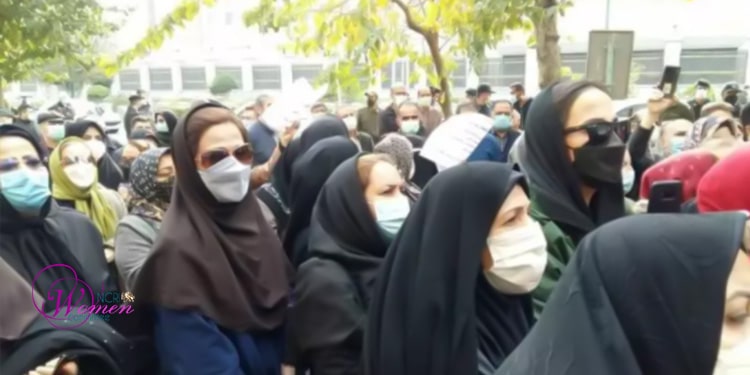 The largest nationwide protests of Iranian teachers in 53 cities

Thursday, November 11, 2021, saw the largest nationwide protests of Iranian teachers in 53 cities across the country. Women had a prominent presence in most of these protests.

The protests of Iranian teachers were against small salaries, delirious high prices, intolerable living conditions, and the officials’ ignorance of their rightful demands.

As always, plainclothes agents and the State Security Force tried to prevent these protests, to no avail.

In Tehran, the State Security Force initially used loud speakers to disperse the crowd. Subsequently, they attacked the protesters who were holding the photos of the martyrs of the November 2019 uprising. The SSF tore up the pictures. They prevented filming of the gathering and arrested a group of protesting teachers.

The teachers chanted among others:

We will not surrender or compromise, the only way is to implement the ranking plan; Free the imprisoned teachers; We will not relent until we obtain our rights; Teachers, cry out and obtain your rights; No nation has seen so much injustice; Shame on the government and the parliament; Our enemy is right here, they lie when they say it is the U.S.

In some gatherings, teachers distributed a flyer honoring the memory of the victims of the November 2019 uprising.