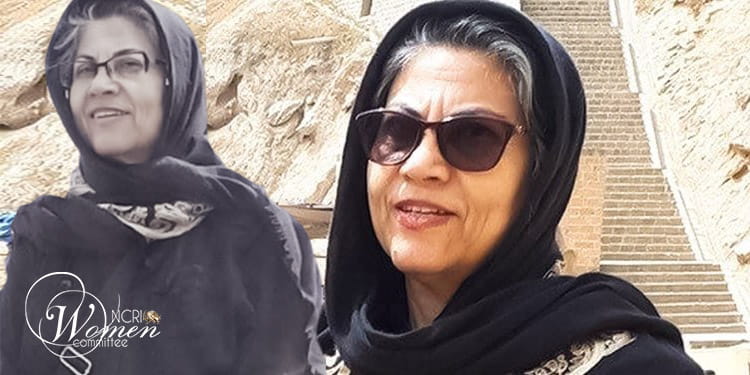 Nejat Anvar Hamidi, 66, is going blind in the Sepidar Prison of Ahvaz, the capital of Khuzestan Province, SW Iran. She has been deprived of medical care and sick leave by the order of the Intelligence Ministry.

Nejat Anvar Hamidi suffers from cataracts in both eyes and needs urgent operation.

According to the latest news on January 15, 2022, the prison’s doctor has told her, “You don’t need any operation until you go blind!”

On October 26, 2021, Mrs. Anvar Hamidi experienced bleeding in both eyes due to a lack of medical attention. Still, again, prison authorities refused to provide treatment.

Her family has been mistreated, and no official has responded to her illness or lack of medical care.

Nejat Anvar Hamidi detained since 2019 without a single day off

Nejat Anvar Hamidi was incarcerated in March 2019 to serve her 15-year sentence in the Sepidar Prison of Ahvaz. She suffers from Thyroid malfunction, high blood pressure, and blood lipid.

Sepidar Prison authorities have deprived her of receiving her medications. After the outbreak of the COVID-19 pandemic, she contracted the virus and was quarantined while deprived of medical care.

Nejat Anvar Hamidi was imprisoned for 28 months during the 1980s for supporting the People’s Mojahedin Organization of Iran (PMOI/MEK).

She was arrested for the second time in 2017, along with her husband and daughter, for supporting the PMOI/MEK. She was interrogated and later sentenced to five years in prison for “membership in dissident groups on the internet” and “propaganda against the state.”

In March 2019, she was taken to Sepidar Prison of Ahvaz to serve her years of prison term among ordinary prisoners in violation of the principle of separation of crimes.

She was later informed that she and her husband, Akbar Mohammadi, were sentenced to another 15 years in prison for “membership in the PMOI/MEK” and “propaganda against the state” by the 4th Branch of the Justice Department of Ahvaz, while no new charges had been leveled against them.

Another Coronavirus outbreak in Sepidar Prison

The prison authorities, however, are trying to cover up the truth. They have left the sick women without medical care. There are no PCR tests, and the prisoners are falsely told that they have a common cold.

The severity of the symptoms indicates another outbreak among prisoners.

The detainees in the women’s ward of Sepidar Prison are deprived of even the minimum facilities available in the men’s ward. They do not even have a cooking lamp to make tea.

In April 2020, at least 50 inmates, including Nejat Anvar Hamidi, contracted the virus. Prison authorities did not attend to the affected inmates.