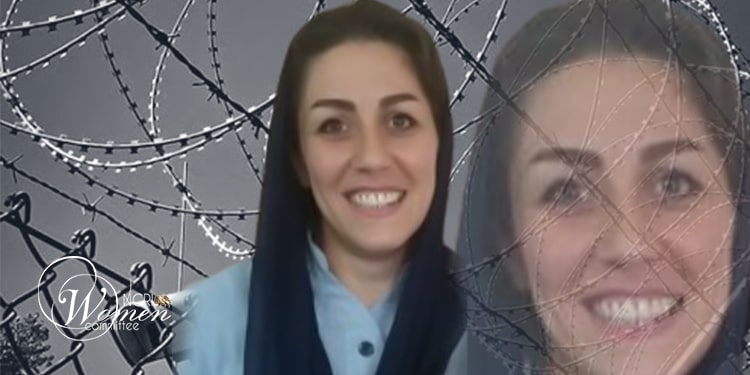 The physical condition of political prisoner Maryam Akbari Monfared in Semnan Prison has been reported to be serious.

Maryam Akbari Monfared who is in exile in Semnan Prison is serving her 13th year of imprisonment without even a day off. The Ministry of Intelligence is preventing Maryam Akbari from being sent to the hospital, despite her poor physical condition.

Despite the worsening of Maryam Akbari’s liver disease, she has been eating bread and cheese due to a lack of access to proper food. She has also repeatedly asked to be able to buy the materials she needs from the prison store with her own money, but so far, she has not received a definite answer.

Her conditions in the Prison of Semnan are not suitable. Maryam Akbari Monfared and her family face more restrictions compared to the past without any legal justifications.

The Women’s Committee of the National Council of Resistance of Iran warns against the physical condition of political prisoner Maryam Akbari Monfared and considers the authorities of Semnan Prison responsible for her physical condition.

The NCRI Women’s Committee also condemns the clerical regime’s oppressive verdicts. It calls on the UN High Commissioner for Human Rights and all advocates of women’s rights to not remain silent vis-à-vis the criminal measures of the Iranian Judiciary and take immediate action to save the lives of political prisoners, especially women, and secure their release.

Born in 1975, Maryam Akbari Monfared has three daughters. She was arrested on December 30, 2009, in the middle of the night at home when she was putting her 4-year-old daughter, Sara, to sleep.

In June 2010, the Revolutionary Court of Tehran handed down a 15-year prison sentence for Moharebeh on the alleged charge of “membership in the People’s Mojahedin Organization of Iran,” a charge which Mrs. Akbari has never accepted. She has been in prison without a single day of leave since the day she was detained. She suffers from Thyroid malfunction and joint rheumatism.

She has been a resilient and resistant political prisoner, firmly adhering to her cause. “We can feel the scent of spring in Evin and I am sure that this beautiful spring will one day grow and embrace all of our homeland. The spring of freedom is on her way… Spring will come. It will pass through the barbed wires and land in our homeland,” she wrote from Evin.

Former political prisoner Atena Farghadani describes her as “a woman whose resistance was a rainbow of hope for all the prisoners.”