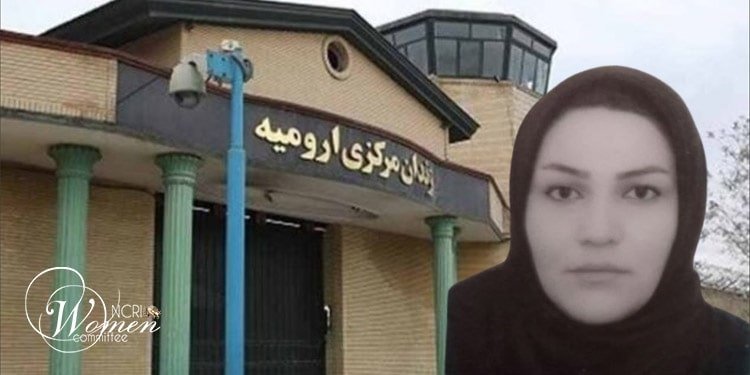 Hungry political prisoner Soada Khadirzadeh went unconscious in one of the halls of the Central Prison of Urmia on Monday, May 2, 2022, on the eighth day of her hunger strike.

On Sunday, May 1, 2022, security forces twice raided Soada Khadirzadeh’s place in the women’s ward of the Central Prison of Urmia. They inspected all the belongings of this pregnant political prisoner and her cellmates.

After a few hours, they transferred the pregnant political prisoner Soada Khadirzadeh to an unknown location but returned her at night.

Soada was on the sixth day of her hunger strike. She is in harsh conditions because of being pregnant.

An informed source gave information about the security forces’ raid on the women’s ward: “Security forces disrespected her and her cellmates and searched their belongings under the pretext of having a mobile phone.”

The day before her transfer to an unknown location, political prisoner Soada Khadirzadeh told Bakhshi, the warden of Urmia Prison, that so long as her demands were not met, she would continue her hunger strike.

Political prisoner Soada Khadirzadeh stressed that “I will continue my hunger strike even if my health and my 8-month-old fetus are endangered.”

Political prisoner Soada Khadirzadeh went on a hunger strike on April 26, 2022, in the Central Prison of Urmia to protest seven months of temporary detention under uncertain status.

Political prisoner Soada Khadirzadeh, 32, is from Piranshahr, in West Azerbaijan Province. She is married with two children and was one-month pregnant when she was arrested.

Kurdish political prisoner Soada Khadirzadeh sent an audio file from prison. She said in this audio file: “Seven months after being detained, my physical condition and health are very dire. I am eight months pregnant. The people who are my plaintiffs have prevented my freedom, but I am innocent. I am paying the price instead of someone else, and I am held as a hostage.”

In another part of her audio file, she said: “From the first days of my imprisonment at the detention center of the Intelligence Department, I have been subjected to severe psychological torture. I experienced a lot of disrespect and insults. The security forces even made unethical proposals to me. I was threatened and forced to make confessions many times even though I did not know anything about the issue. I am innocent.”