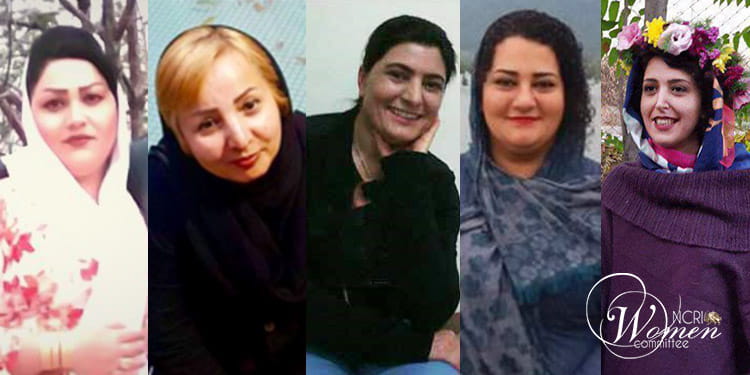 She is presently detained in exile in Lakan Prison of Rasht. Her denial of the right to call is despite orders from the Office of Implementation of Verdicts stating there are no prohibitions on her right to contact.

Atena Daemi went on hunger strike from August 12 to 18 in protest of repeated cut-off of phone lines in the Lakan Prison of Rasht. In her first phone call after the lines were fixed, she exposed the abysmal prison conditions, for which her phone card was confiscated, and she was deprived of making phone calls. Since then, she has had only one cabin meeting with her family in the presence of a prison agent.

No news on Zeinab Jalalian

For six months, there has been no news of the Kurdish political prisoner Zeinab Jalalian in exile in the Prison of Yazd.

A lack of news from Zeinab Jalalian is a cause of grave concern for her family. The Jalalian family has been threatened by the Intelligence Ministry and forced to remain silent.

Zeinab Jalalian is detained under harsh conditions in Yazd Prison. Sentenced to life in prison, she has been detained longer than any female political prisoner in Iran.

In addition to all her illnesses, Ms. Jalalian contracted the Covid-19 while in detention. Suffering from Asthma, her lungs have been badly affected by the disease, and she suffers from shortness of breath and bad coughs.

On the orders of the Intelligence Ministry, she is deprived of having access to medical services and treatment.

Labor activist Asal Mohammadi in the women’s ward of Evin

Labor activist Asal Mohammadi was transferred from the Intelligence Ministry Ward 209 in Evin to the women’s ward on November 11, 2021.

The intelligence services violently broke into Ms. Mohammadi’s residence, ransacked her house, and took her to the detention center of the Intelligence Ministry.

She continues to remain in detention without standing trial.

Asal Mohammadi has been detained several times for her peaceful activities to defend workers’ rights.

Aliyeh Motallebazadeh, a photographer and women’s rights activist, remains in detention in the women’s ward of Evin Prison. The Prosecutor’s Office of Tehran has rejected her request for medical leave and conditional release. The response has been conveyed to her in writing in prison.

The Revolutionary Court of Tehran sentenced Ms. Motallebzadeh to three years in prison in 2017. Her charges include assembly, collusion against national security, and propaganda against the state. She was called to serve her sentence in Evin Prison on October 12, 2020. She contracted the Covid-19 in July 2021 while in prison.

Saada Khadirzadeh taken to the Central Prison of Urmia

The authorities of the detention center of the Intelligence Department of Urmia sent Saada Khadirzadeh to the Central Prison of Urmia on November 8, 2021.

Sources close to Ms. Khadirzadeh’s family said the pregnant woman had undergone a surgical operation for appendicitis. Prison agents have returned her to prison despite her dire health conditions without allowing her to recover.

The sources said Saada Khadirzadeh is deprived of a lawyer and making calls to her family.

Saada Khadirzadeh, 32 from Piranshahr, was arrested on October 14, 2021. The intelligence agents who arrested her did not provide any written warrants. On October 16, she was transferred to the detention center of the Intelligence Department in Urmia.

It is still unclear why she has been arrested and what her charges are.