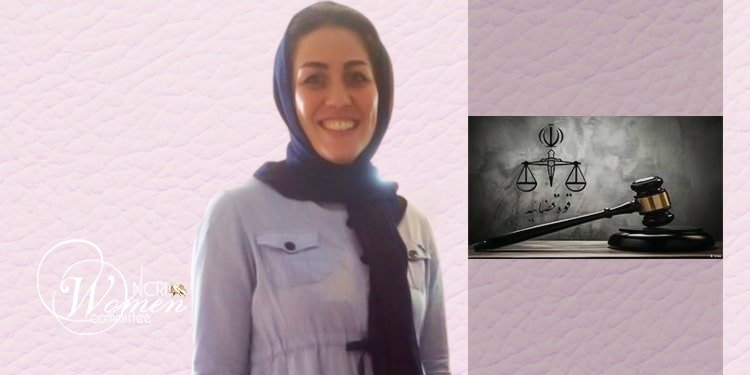 Political prisoner Maryam Akbari Monfared faces new charges the Ministry of Intelligence filed against her. She has declined to appear before the court to review the case.

Maryam Akbari Monfared is presently imprisoned in the women’s ward of the Prison of Semnan. She was banished to this prison on March 10, 2021.

Ms. Akbari’s summoning to the Court of Semnan took place in two phases.

An informed source said the Ministry of Intelligence recently filed a new case against Maryam Akbari Monfared. On Saturday, July 16, 2022, she was told to appear before a court in Semnan to investigate the charge of “propaganda against the state.”

Ms. Akbari Monfared refused to appear before the court because her lawyer had not received the subpoena.

A second notice was issued for Ms. Akbari to appear before the court on Tuesday, July 19, 2022. Her lawyer, Mr. Taj, objected to the subpoena and canceled the court hearing because the legal time interval between issuing the notice and the court date had not been observed.

The Judicial authorities told Maryam Akbari Monfared that she had to file her request for a lawyer again because she failed to appear in court.

Maryam Akbari refused to sign any papers in protest.

Maryam Akbari Monfared, her lawyer, and her family are unaware of the reason for the new charge.

On June 6, 2022, security forces at Semnan Prison made threats against her after she expressed solidarity with widespread protests against rising prices in various cities in May 2022. They threatened her by saying, “If she makes friends or talks with other prisoners, they will file a political case against her.”

Political prisoner Maryam Akbari Monfared has suffered from fatty liver disease for over 15 months. However, she was not allowed to see a civic doctor on the order of the Ministry of Intelligence.

The prison’s doctor prescribed special liver patients’ food for this political prisoner. In the last 15 months, however, Ms. Akbari’s requests for proper nutrition and a visit to a specialist have not been answered.

Despite worsening her liver condition, she has been eating bread and cheese due to poor access to better food.

Maryam Akbari has also repeatedly asked to be able to buy the materials she needs from the prison store with her own money. Prison authorities have not given her a definite answer yet.

Mrs. Akbari’s physical condition has become acute due to a lack of nutrition and access to treatment, and she is suffering from various side effects.

Mrs. Akbari’s family has been following up on her transfer to Evin Prison without receiving any answers. None of the Judicial agencies have accepted the responsibility for the banishment of Maryam Akbari Monfared to the Prison of Semnan. They have not explained the reason for her banishment, either.

The Women’s Committee of the National Council of Resistance of Iran warns against the physical condition of political prisoner Maryam Akbari Monfared. It holds the authorities of Semnan Prison accountable for her health.

The NCRI Women’s Committee also condemns the clerical regime’s unjust verdicts. It calls on the UN High Commissioner for Human Rights and all advocates of women’s rights to not remain silent vis-à-vis the criminal measures of the Iranian Judiciary and take immediate action to save the lives of political prisoners, especially women, and secure their release.