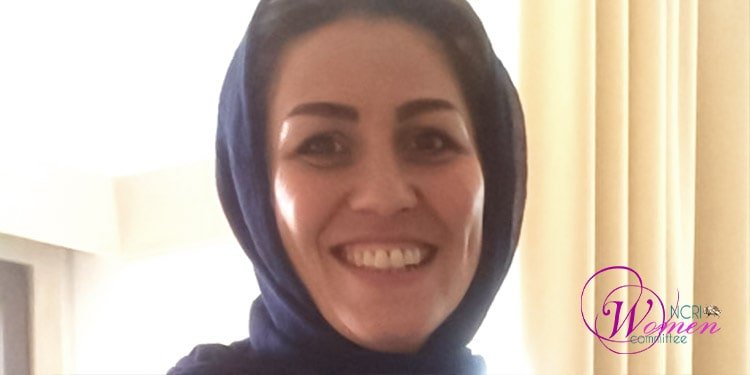 Political prisoner Maryam Akbari Monfared was deprived of visitations for three months for protesting pressure on her daughters to wear the mandatory Hijab, or the Chador when visiting her.

Maryam Akbari Monfared was deprived of visitations after being beaten by one of the Semnan Prison authorities on August 24, 2022.

Kordi, the Deputy Warden of Semnan Prison, disrespectfully rejected visitation for Maryam’s two daughters. He refused them the right to visit their mother, as they were not wearing a Chador. Kordi also intended to return political prisoner Maryam Akbari Monfared to her ward.

Hosseinipour, Chief of the Visitation Hall, attacked Mrs. Akbari, grabbed her by the throat, and pressed to strangle her. As a result of the beating, Mrs. Akbari suffered bruises on the neck and arms.

Finally, given Maryam’s strong resistance to being returned to her ward, Kordi allowed Maryam Akbari to visit with her two daughters.

On August 30, 2022, Semnan Prison authorities informed her that she would be deprived of visitations for three months. The verdict cites incidents on August 24, when Mrs. Akbari was beaten after her daughters refused to wear the Chador to see their mother.

An informed source said Maryam Akbari is deprived of visitations without a disciplinary committee meeting, and without specifying what violation she committed.

Political prisoner Maryam Akbari Monfared is already deprived of making ordinary phone calls to her family like other prisoners. Every call she makes must be in the presence of prison authorities and security agents.

Mrs. Akbari also faces new charges against her after serving 13 years in prison. The Revolutionary Court of Semnan will examine this case on September 18, 2022, on behalf of Tehran. Maryam Akbari Monfared’s family and lawyer are still unaware of the case’s contents.

Political prisoner Maryam Akbari Monfared has suffered from fatty liver disease for more than 15 months. However, by the Ministry of Intelligence, she was not allowed to see a doctor outside the prison.

The prison’s doctor prescribed this political prisoner special food for liver patients. However, in the last 15 months, Ms. Akbari’s requests for proper nutrition and a visit to a specialist have not been answered.

Mrs. Akbari’s physical condition has become extremely acute due to a lack of proper nutrition and access to treatment, and she is suffering from various side effects.

Her conditions in the Prison of Semnan are not suitable. Maryam Akbari Monfared and her family face more restrictions compared to the past without any legal justifications.

The Women’s Committee of the National Council of Resistance of Iran warns against the physical condition of political prisoner Maryam Akbari Monfared. It considers the authorities of Semnan Prison responsible for her physical condition.

Born in 1975, Maryam Akbari Monfared has three daughters. She was arrested on December 30, 2009, in the middle of the night at home when she was putting her 4-year-old daughter, Sara, to sleep.

In June 2010, the Revolutionary Court of Tehran handed down a 15-year sentence for Moharebeh on the alleged charge of “membership in the People’s Mojahedin Organization of Iran,” a charge Mrs. Akbari has never accepted. She has been in prison without a single day of leave since the day she was detained. She suffers from Thyroid malfunction and joint rheumatism.

She has been a resilient and resistant political prisoner, firmly adhering to her cause. “We can feel the scent of spring in Evin, and I am sure that this beautiful spring will one day grow and embrace all of our homeland. The spring of freedom is on her way… Spring will come. It will pass through the barbed wires and land in our homeland,” she wrote from Evin.

Former political prisoner Atena Farghadani describes her as “a woman whose resistance was a rainbow of hope for all the prisoners.”

Only 500 seats given to female fans of Esteghlal team