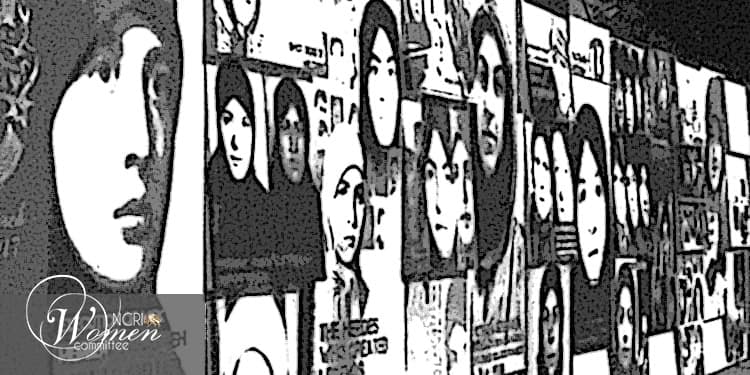 MISOGYNY is one of the main features of Iran’s ruling theocracy. Women’s rights have been under continuous assault in Iran under the theocracy ruling Iran.

The British Express published an article by Elham Zanjani, a member of the NCRI Women’s Committee, on September 16, 2022.

Tens of thousands of women backing tolerant Islam were murdered in Iran.

Under this misogynous regime, women are quite literally held to a lesser status than men, being afforded no divorce or inheritance rights while their testimony in civil and criminal trials is explicitly given less weight than a man’s. And in recent months, under the administration of Ebrahim Raisi, the repression of women has reached new levels.

Earlier this month, the Headquarters for Enjoining Good and Forbidding Evil announced that it had arrested 300 women for supposedly acting as heads of networks committed to challenging the country’s forced veiling laws.

This is in keeping with plans that emerged in July after clerics announced that the dress code imposed by the regime as being “under attack” and the Raisi administration issued an order to expand the activity of morality police or “Guardian Patrols” that are empowered to harass and even physically attack people who violate the dress code or other religious requirements.

There have been mass arrests of high-profile female activists alongside routine harassment of any women who are seen to fall short the tight restrictions placed on their attire, behaviour, and mobility. And in July it was made clear that this harassment may not even stop at death.

The organization of cemeteries for Tehran Province announced then that images of women with “improper hijab” had been removed from 98 gravestones.

The regime is trying to exploit new advancements in technology to make lives continually worse.

In August, one official said that surveillance cameras and facial recognition technology would be used to identify women not wearing veils, or wearing them “incorrectly”, and to levy fines on them, jail them, or deprive them of already very scarce “social rights”.

While women are the prime target of suppression in Iran, it is remarkable that they are also at the forefront of fighting for a democratic Iran. Since the inception of the regime, tens of thousands of women, affiliated with the main opposition group the Mujahedin-e Khalq, which advocates a tolerant and democratic Islam and separation of religion and state, have been executed.

Their resistance and sacrifices have opened the way for greater participation of Iranian women in the struggle for freedom.

The regime has been working to impose more suffocating repression on the public in general since Ebrahim Raisi was installed as president in August 2021.

Raisi’s selection by Supreme Leader Ali Khamenei was an open endorsement of the most brutal forms of repression, given that he had played a leading role in the 1988 massacre of political prisoners, which claimed an estimated 30,000 lives.

A significant number of those victims were women, on account of a historically strong female presence in the People’s Mojahedin Organization of Iran (MEK), which was the main target of the massacre.

Since Raisi became president, the rate of executions in the Islamic Republic has more than doubled. There have been at least 600 executions including at least 25 women during Raisi’s one-year tenure.

In reality, there are untold reasons for such tactics of intimidation.

Iranian cities have recently been the scene of major anti-regime protests. There have been at least eight nationwide uprisings in the past four years, with slogans such as “down with the dictator” and “down with Khamenei” shaking the regime to its foundations.

Since last year, anti-government protests have become an almost daily occurrence, with many activists explicitly taking aim at Raisi, the “butcher of Tehran”.

Brave Iranian women, particularly women of the young generation, have played a remarkable role in these protests.

Women have also been playing an ever-greater role in the activities of the MEK-affiliated “Resistance Units”, adopting various tactics for keeping pressure on the Iranian regime and encouraging the people to revolt, at great risk to their own lives.

It is increasingly apparent that the regime views resistance led by a woman as an existential threat.

So great is its fear of that threat that in June 2018, Iran’s Supreme National Security Council directed an Iranian diplomat to attack the NCRI’s international gathering near Paris, to target Maryam Rajavi, the woman who heads the Iranian Resistance and encourages other female activists to push for regime change leading to gender equality.

Thankfully, that plot was thwarted, but the ensuing investigation established that the culprit had specifically urged co-conspirators to place an explosive device as close as possible to the stage where Mrs Rajavi was to speak.

Iran is primed for change, and the brave women fighting for their fundamental rights are playing an increasingly pivotal role in bringing about that change.

The mullahs are vulnerable to unrest at home, especially from women, who are challenging the yoke of Islamic extremism on a daily basis, by every available means.

It is time for the world community to stand firm in unison with those women and their Resistance movement, condemn the Iranian regime’s sinister conduct, and hold the ayatollahs to account.