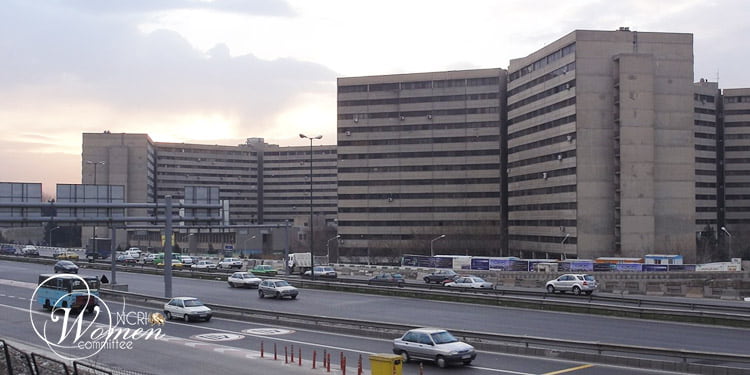 Ekbatan township has always been a hotbed of anti-regime protests in Tehran. During 103 days of protests since mid-September 2022, plainclothes agents and security forces have repeatedly raided Ekbatan and made violent arrests.

The clerical regime has desperately resorted to the execution of protesters and mass arrests and kidnappings to quash the protests.

Some eyewitnesses have reported plainclothes agents raiding people’s residences in Ekbatan and kidnapping people after midnight without providing identification papers or arrest warrants. They cover the heads of those abducted with a veil to prevent their identification during the transfer. The names and details of some of the kidnapped women published on social media are as follows:

Sayeh Merat – Sayeh Merat was arrested in Ekbatan along with his brother, Sepehr Merat, almost two months ago. Their elderly mother cannot follow up on their case. Sayeh is a painter, and Sepehr is an architect.

Mahkameh Dashtestani – She lives in Ekbatan. She was kidnapped from her home early on December 14 and is currently detained in the Intelligence Ministry Ward 209 in Evin Prison.

After her arrest, she called once and announced that she was in Ward 209 of Evin. Parvaneh Kadkhoda Qamsari is the sole guardian of her daughter, Barana.

Saghar Ebrahimi – Saghar Ebrahimi, 41 years old, was arrested on Thursday, December 15, at 5:00 a.m. after plainclothes agents attacked and searched her father’s house and questioned her family.

Saghar Ebrahimi called late Thursday night and said she was in Ward 209 of Evin Prison. There has been no news of her since that night.

The security forces threatened her family and told them not to inform anyone, not even her family, of Saghar’s arrest. They said the arrest must not be published in the media.

A close friend of Saghar Ebrahimi said, “Saghar lives with her mother and father. On Thursday morning, around five o’clock, several people in plain clothes, one of whom was a woman, woke up the residents by knocking on the door and entering the house.

These people did not show a warrant to enter the house or an ID card, but it was clear from their appearance what they had come for. The plainclothes agents tried to take away Saghar so the neighbors would not notice.

Plainclothes agents told her mother and father during the arrest of Saghar Ebrahimi that they were not allowed to hire a lawyer until they told them.

In her last call to her family on Wednesday, December 21, 2022, Saghar Ebrahimi said they had forced her to sign some papers during the interrogation.

The 40-day memorial of Aylar Haghi held despite heavy repression