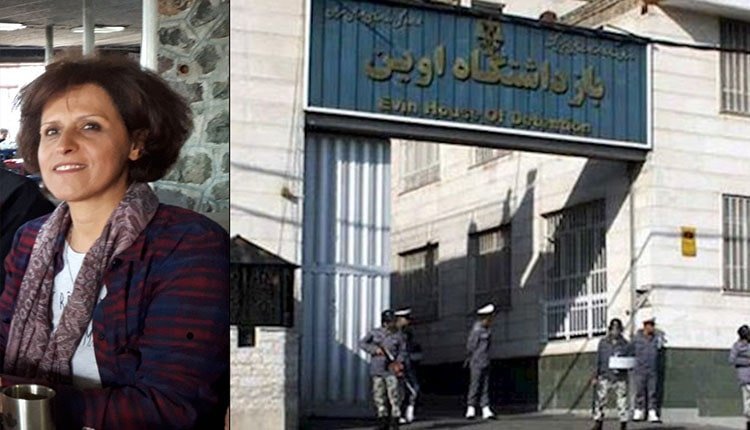 Civil activist, Akram Nasirian, was arrested on Monday, April 29, 2019, by the State Security Force (SSF) and transferred to Evin Prison in Tehran.

Ms. Akram Nasirian, a member of the Association of Neday-e Zanan-e Iran and a volunteer helping the flood victims, disappeared on Monday, April 29, 2019. Looking for her, her family was informed by Tehran’s Detective Bureau that her cell-phone shows her location to be in the Evin region in Tehran.

After her family pursued the issue, it became clear that she had been arrested in the street and taken to Evin Prison.

In a short call to her family, Akram Nasirian informed them that she is at Evin Prison and that a case had been filed for her with the second branch of the Prosecutor’s Office in Evin.

Akram Nasirian is a civil activist in the literacy movement and was a member of a relief group assisting the flood victims.

Other reports on April 28, 2019, indicated that Sara Zahmatkesh, a women’s rights activist and a social sciences expert from Paveh, had been arrested on April 21, 2019, by agents of the intelligence department of Paveh and taken to an unknown location.

Ms. Zahmatkesh, 24, heads Jiar-Tin Women’s Association and was arrested after their office was sealed. Security forces confiscated her personal belongings. She has been in custody for more than a week with no information available on her fate.

Two labor activists, Ms. Parvin Mohammadi and Ms. Haleh Safarzadeh, are still in jail. Although their families have deposited bails for them, but they have been informed that their prisoners are going to remain in jail until Wednesday, May 1, 2019. The officials apparently intend to keep them in jail on the International Labor Day.