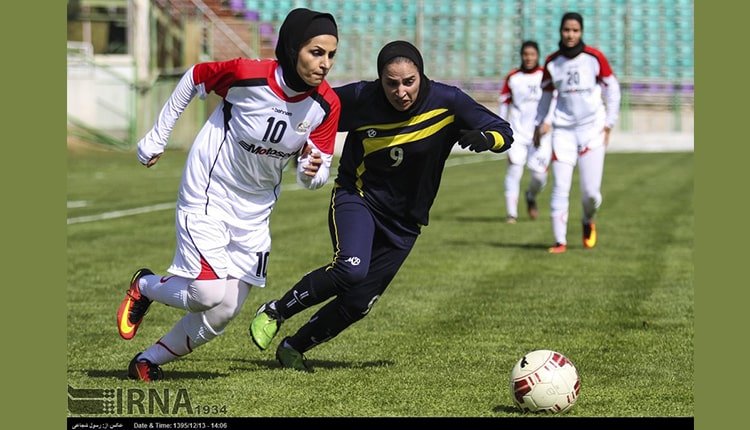 On Thursday, June 6, 2019, on the eve of the Women’s World Cup in France, Iranian women who were holding tickets to enter Azadi Stadium to watch the football match between the national teams of Iran and Syria were violently attacked by the State Security Force.

At least two of those women were arrested and taken into custody. Their fate remains unknown.

Several of the women who were attacked by the State Security Force were interviewed by the sports reporter of the state-run daily of Etemad. One of the women explained while crying, “One of the troops placed his foot on the chest of one of the ladies, took away her cellphone, and tore away her purse. The security forces attacked us in a raid and dragged one of the ladies on the ground.”

Another woman said, “They kicked us, punched us, and swore at us, without our doing anything wrong. There were several of us, women, who were waiting on the lawns outside the west gate of the stadium. We were not chanting. We were not talking. We were not even holding the Iranian flag…”

It appears that to curry favor with the International Football Federation (FIFA), the official website of the Iranian Football Federation announced that it was going to sell tickets for the Iran-Syria game without blocking the option for women. After a day of sale of tickets, however, they blocked the option for women without any explanation. Since Tuesday, June 4, 2019, no women have been able to buy tickets. So, a number of those women who had managed to procure their tickets, posted the photo of their tickets on the social media.

Nevertheless, the security manager of the Football Federation announced that there had been no change in the regime’s policy and women continue to be banned from entering sports stadiums. Officials of the Football Federation and the company in charge of selling tickets later claimed that the availability of the option for sale of tickets to women had been a technical mistake and that no changes had occurred in the unwritten law banning women’s entry to sports stadiums.

While the Iranian women fans of football were being brutalized at the west gate of Azadi Stadium, Syrian women were allowed in.

The Iranian Football Federation has received multiple warnings from FIFA over the past years for banning women from entering sports stadiums. On June 6, 2019, however, on the eve of the start of the games in the Women’s World Cup in France, Iranian women who were holding tickets legitimately bought from the official website of Iran’s Football Federation, were not allowed into the stadium and were treated as criminals.

Iranian women have been deprived of entering sports stadiums to watch football or any other games since when the clerical regime seized power in Iran.

To prevent women from entering sport stadiums, the clerical regime has hired female security forces since August 2018, to confront women who try to sneak into the stadium with men’s makeup. (The state-run ISNA news agency – September 17, 2018)

According to some other reports, some 500 closed circuit cameras have been installed at the entrance gates to Azadi Stadium to identify women who enter the stadium. (The state-run ROKNA news agency – September 27, 2018) Although, six teams from Asia and Australia are taking part in the Women’s World Cup, Iran’s female footballers are absent in the tournament.

Obstructions by Iran’s ruling regime are aimed at excluding Iranian women from the sports arena. Nevertheless, Iranian women are both talented and highly motivated. They win medals and demonstrate their merits despite being deprived of any and all forms of government support.

Women football and futsal players in Iran are among the most motivated who won Asia’s championship despite lacking government or private backing.

Team players suffer from poor financial conditions. Winning Asia’s championship did not affect the wages of the national team’s futsal players, either. Although, prices have increased several folds, the players’ contracts have not increased. Some are paid on the basis of their previous contracts and others have met lower contracts which proved to be disappointing to them. (The official IRNA news agency – September 22, 2018) In domestic games, women are allotted bad fields with lots of holes. In some cases, the teams do not have locker rooms and even lavatories. In some cases, players remain in pain for several hours by the side of the field if they get injured because there are no ambulances to take them to hospital.

Instead of giving resources to women athletes, the Iranian Football Federation briefed the teams participating in the Women’s Football League that players would be shown the yellow card if they do not properly cover all their hair during the games. If repeated, they would be shown the red card and sent off the field. (November 5, 2017)