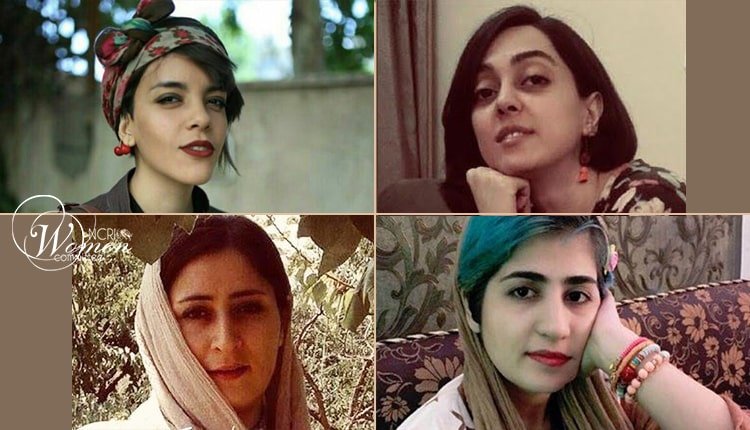 Inmates incited by prison officials beat up the four women political prisoners on Monday, July 29, 2019, around 7 p.m. after Saba Kord Afshari fainted out and her conditions deteriorated due to delay in attending to her.

After persistent inquiries by women political prisoners, a nurse finally arrived in the ward without any blood pressure gauge or a stretcher to carry her. Finally, a half-conscious Saba Kord Afshari was wrapped in a blanket and taken to the dispensary where she heard insults from the nurse, Teymouri, and the physician, Hamed-Yazdan. This led to a verbal contact between them and Yasaman Aryani, who was subsequently attacked and brutalized by ordinary inmates incited by the authorities in charge of the dispensary. She was hurt in the face and bruised all over the right arm and both legs.

Left unattended, Saba Kord Afshari subsequently blacked out. A few hours later, she was sent back to the ward after the dispensary’s physician gave her an injection and intravenous serum.

In addition to Yasaman Aryani, women political prisoners Neda Naji, Atefeh Rangriz, and Sepideh Qolian were also brutalized by a deranged prisoner incited by prison authorities upon return from a mental hospital. Atefeh Rangriz had to be taken to the dispensary due to severe injuries.

On the morning of July 30, 2019, Saba Kord Afshari, Yasaman Aryani, Monireh Arabshahi, and Mojgan Keshavarz, held a sit-in outside the prison’s office to protest lack of safety for women political prisoners at Qarchak Prison.

Jamal Ameli, Neda Naji’s husband, tweeted that the Judiciary and its officials are to account if anything happens to his wife or other political prisoners held in Qarchak Prison, since they are the ones who have “deliberately violated the principle of separation of different prisoners’ categories.”

Women political prisoners in Qarchak Prison have been beaten repeatedly by common criminals incited by prison officials. In addition to their lives being at risk, it is feared that they might contract various illnesses like Hepatitis and AIDs as a result of contact with common prisoners many of whom are drug addicts.

In another development, it has been reported that Anisha Assadollahi, a labor activist arrested on the International Labor Day, has been transferred from the Intelligence Ministry Ward 209 in Evin to the women’s ward.