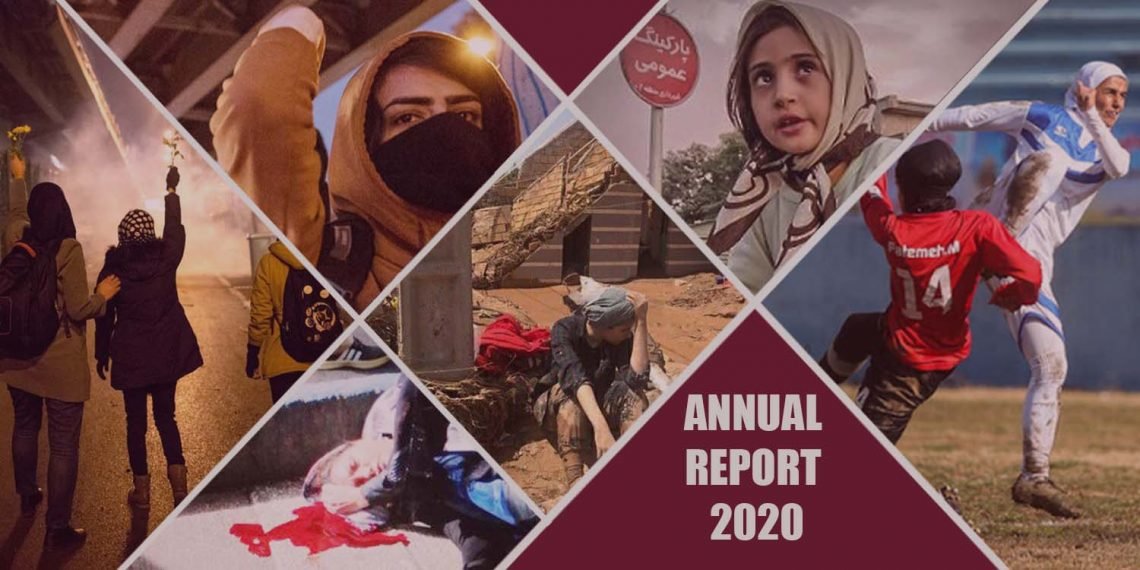 The Annual Report 2020 of the NCRI Women’s Committee compiles all the major events over the past year which impacted the lives of Iranian women.

Discrimination against women was most evident in the male dominated job market with the whopping gender gap slipping from 142 in 2018 to 148 in 2019.

Nurses, teachers and religious minority women continued to be denied their rights. Women and children were also the main victims of earthquakes and floods which are never attended to by the ruling regime.

The vicious cycle of poverty and social ills have become more feminized than ever in Iran, with the average age of homeless women, addicted women, suicide victims and sex workers dropping to the mid-teens.

The growing practice of child marriages in Iran due to rampant poverty has further contributed to the widespread phenomenon of child widows and under-age women heads of household.

Poverty, hunger, massive clampdown on society and apprehension of human rights activists and defenders, however, did not subdue Iranian women. Rather, they became more outspoken and defiant.

Young Iranian women led two major nationwide uprisings in Iran over the past year, posing an existential threat to the mullahs’ regime, compelling them to acknowledge the role of women in the protests.

Female political prisoners also remained steadfast on their cause continued and paid a heavy price for their calls to protesters to continue and keep up their revolts against the regime.

The Annual Report 2020 of the NCRI Women’s Committee sheds light on the various aspects of Iranian women’s life and struggle over the past year.

Iranian nurses and doctors at serious risk of coronavirus