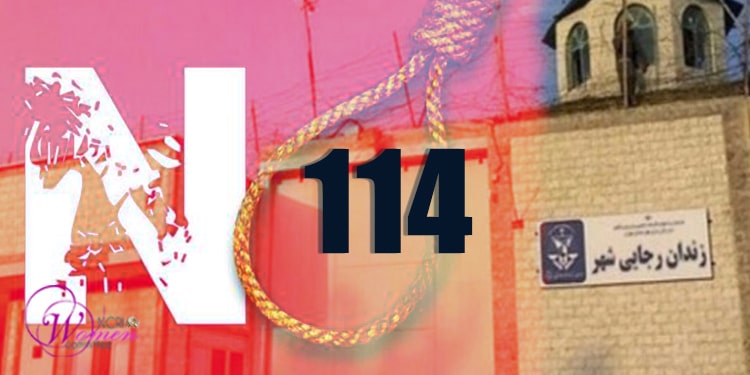 Execution of a woman — 42 with two children — in Gohardasht Prison (Rajaiishahr) of Karaj, marks the execution of the 114th woman during Rouhani’s tenure as the mullahs’ president.

Zahra Esma’ili was hanged at dawn on Wednesday, February 17, 2021, along with 6 male inmates in Gohardasht Prison (a.k.a. Rajaiishahr) in Karaj.

Zahra Esma’ili was a victim of domestic violence and had murdered her husband in self-defense. Her husband, a detective police officer frequently battered her.

Zahra Esma’ili was transferred to solitary confinement in a group of 10 death-row prisoners on Monday, February 15, to be prepared for execution. She had been serving her jail sentence in the notorious Qarchak Prison.

The clerical regime has executed three women in recent weeks in the prisons of Ardabil, Sanandaj and Karaj. This brings to 114 the total number of executions of women during Rouhani’s tenure as mullahs’ president.

More than 4300 people have been executed in Iran during Rouhani’s 7-year tenure. They include 114 women.

Iran also holds the world’s record of top. These executions are cruelly unjust.