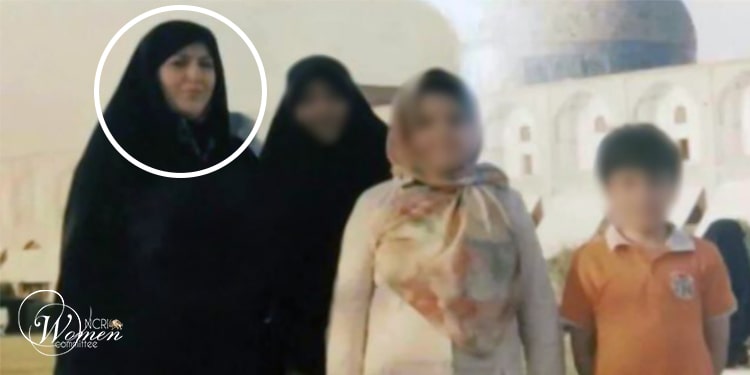 Zahra Esma'ili and her children

Innocent woman dies of heart attack before reaching the gallows

Innocent woman died of heart attack before reaching the gallows

The woman hanged in Gohardasht Prison of Karaj last Wednesday had already suffered a fatal heart attack before her turn for being hanged.

Zahra Esma’ili’s lawyer announced that prison authorities in Iran hanged the lifeless body of his client who had a fatal heart failure before being executed.

“Today, I saw the death certificate of Zahra Esma’ili. The reason written for her death was heart failure,” Omid Moradi tweeted on February 19, 2021.

Zahra Esma’ili was hanged at dawn on Wednesday, February 17, 2021, at Gohardasht (a.k.a. Rajaiishahr) Prison in Karaj. She was 42 and had two children.

According to her lawyer, she saw 16 prisoners hanged before her eyes. So, she had a heart attack before being taken to the gallows. Nevertheless, prison guards hanged her lifeless body.

Zahra Esma’ili was an innocent woman. She claimed responsibility for the murder of her husband to save her teenage daughter who had shot him in the head.

Alireza Zamani was a managing director at the mullahs’ Ministry of Intelligence. He routinely mistreated and battered his wife and children.

He used to take different women home before the eyes of his own family.

Alireza Zamani had even threatened to kill his wife and attempted to rape his own daughter.

As a result of such brutalities, his daughter killed him with the help of her brother.

The plight of Zahra Esma’ili is a reminder of the bleak situation of women in Iran under the corrupt rule of the misogynous mullahs.

Zahra Esma’ili was the 114th woman executed during Rouhani’s tenure as the clerical regime’s president. Iran is the world’s top executioner of women and has the highest rate of per capita executions. At least 28 prisoners, including three women, have been hanged in Iran over the past month.