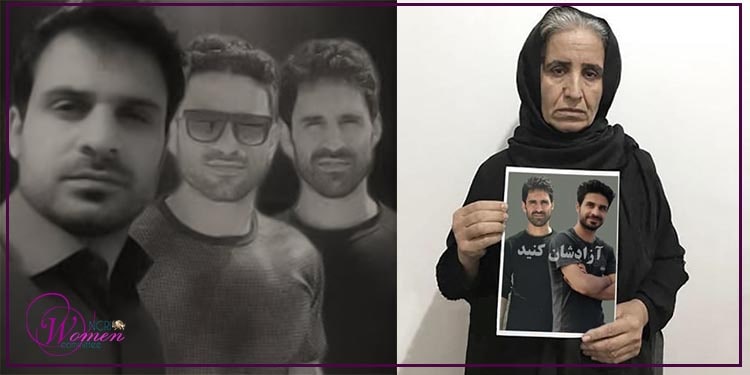 Plainclothes agents beaten up and brutalized the Afkari family outside the Adelabad Prison of Shiraz, on Saturday, June 12, 2021, Saeed Afkari tweeted.

Wrestling champion Navid Afkari, 27, was executed on September 12, 2020, for participating in anti-government protests in the summer of 2018. His brothers, Vahid and Habib Afkari, have been detained incommunicado in solitary confinement.

Saeed Afkari wrote in his tweet: “My family and relatives went to Adelabad Prison, today, to protest the solitary confinement of my brothers for 280 days. Plainclothes agents beat up my mother, sister, father, and aunts, and brutalized the rest. The agents confiscated their mobile phones. They arrested my sister and another woman, but released them after an hour.”

In another tweet, Saeed Afkari wrote: “My father tried to protect (my sister) Elham. Several agents took away my father, and five female agents who wore chadors attacked Elham. They beat Elham until she went unconscious. My mother and aunts were also beaten badly.”

Elham Afkari announced last week that she would not vote in the clerical regime’s sham presidential election. She vowed to not ever betray the pure blood of her innocent brother, Navid.

Elham Afkari posted a photograph of her brother Navid Afkari in her Instagram account and wrote: “Navid was serving his time as a conscript soldier when the time came for the 2013 presidential election. I remember he said: ‘No matter what they did, I did not vote.’ They had even told him that they would extend his service in the army if he did not vote, but Navid said: ‘I will not vote. Even if I have to tear up my birth certificate, I will not betray my people.’”