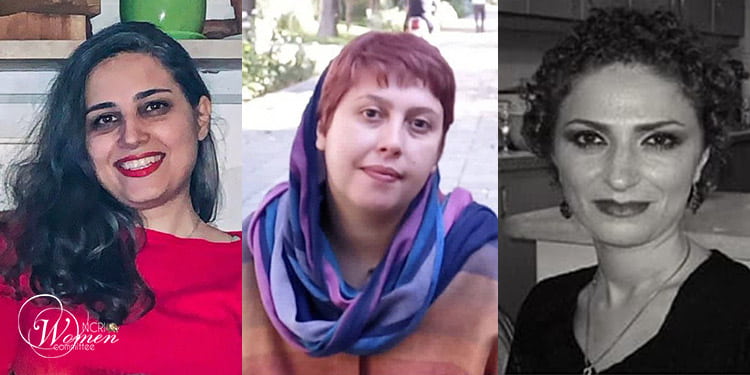 Somayyeh Kargar and Bahareh Soleimani received sentences of 6 years and 8 months, each, for “participation in running an illegal group,” and “propaganda against the state.”

Nazanin Mohammad-Nejad received a 3-year and 4-month prison term for “complicity in running an illegal group,” and “propaganda against the state.”

This makes a total of 16 years and 8 months of prison terms for the three Iranian women.

Somayyeh Kargar is a Kurdish citizen from Ilam. She is a graduate student of philosophy from the University of Tabriz. Intelligence services’ agents arrested her on October 18, 2020, at her home in Tehran. They interrogated her in the notorious Ward 2A of Evin Prison for 4 months and then sent her to Qarchak Prison in mid-February.

Ms. Kargar suffers from an eyesight condition. While in detention, prison authorities deprived her of access to her medicines. She needed others’ help to do her daily work. She was temporarily released on heavy bail on April 28, 2021.

Intelligence Ministry forces arrested Bahareh Soleimani on October 16, 2020, and detained her in solitary confinement in the IRGC Intelligence Ward 2A in Evin Prison.

Bahareh Soleimani, 43, is a nurse. She suffered from lung complications due to COVID-19 infection since she attended patients since the beginning of the Covid-19 outbreak. She was deprived, however, of medical treatment and the medications she needed.

She was temporarily released on bail on February 24, 2021.

Nazanin Mohammad-Nejad, 32, was a student of the Russian language at Tehran’s Allameh Tabatabaii University. Intelligence agents arrested her at her home in Tehran on December 8, 2020. She was held in solitary confinement in Ward 209 of Evin Prison. She was deprived of having access to a lawyer and of calls and visits with her family.