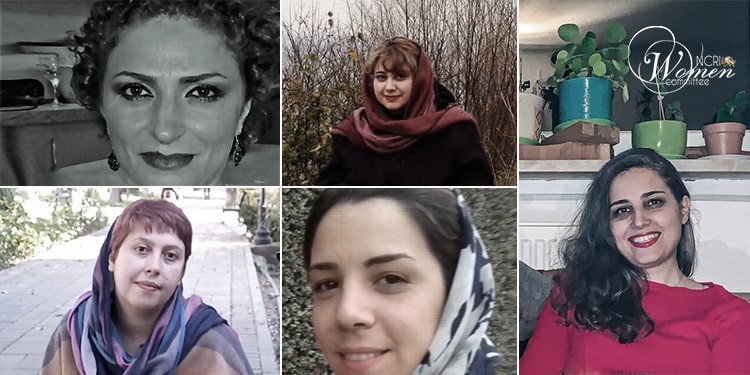 Civil activists Nazanin Mohammad Nejad, Bahareh Soleimani, and Somayyeh Kargar continue to be detained in Ward 209 of Evin Prison. They have been arbitrarily arrested and are presently detained in limbo.

Nazanin Mohammad Nejad is a student of Russian language in Tehran’s Allameh Tabatabaii University and one of the former student activists of Tehran University. 21 days after her arrest, she is still being detained in limbo. Forces of the IRGC Intelligence raided her home on December 8 and arrested this student activist. Her family have no information on her health condition.

More than 2.5 months after her arrest, Bahareh Soleimani is still detained in the Intelligence Ministry Ward 209 of Evin Prison without standing trial. Ms. Soleimani is a nurse. Her lungs are ill and she needs urgent medical treatment and medicines. She has declared that if she is not allowed access to a lawyer, she would go on hunger strike. Her parents have not been able to obtain any information on the reason for her arrest.

Ms. Soleimani’s family hoped that she would be released on bail now that her interrogations have been completed. But her detention verdict has been extended for another month.

His brother, Touraj Soleimani declared that “she strongly protests her continued detention because there is no reason for it.”

Somayyeh Kargar, a graduate student of philosophy from the University of Tabriz, has been detained in Ward 209 of Evin Prison for more than two months. The Kurdish detainee suffers from a rare eye disease and her eyesight has seriously weakened. She is deprived of access to medical treatment and access to her medication. Her family have been told that she is charged with internet crimes.

In the meantime, Evin Prison authorities continue to oppose the release on bail of Shohreh Hosseini, an interpreter and civil activist, who has been detained in Evin Prison since November 28.

Children’s rights activist Afsaneh Azimzadeh has also been detained in solitary confinement since December 14, in one of the intelligence wards of Evin. She does not have access to a lawyer and is denied contact with her family.

An artist was arrested after being summoned to Evin Courthouse

Mehrnoush Songhori, an artist, was summoned to the Evin Prison Courthouse on December 23, but was readily arrested there. Ms. Songhori was born in 1980 and lives in Tehran. She has been setting up various exhibitions of her artwork in Tehran galleries over the past years.