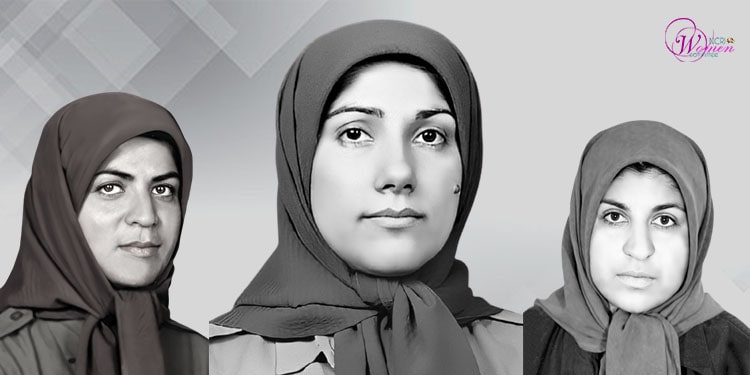 Women can do a lot to curb regime’s terrorism, threat to world peace and security

Over the years, there have been quite a few women victimized by the terrorism of the Iranian regime.

Iranian women have always borne the brunt of the clerical regime’s suppression. They suffer from restrictions and deprivations far more than men. However, they enjoy “equality” in executions, arrests, and torture. In every political impasse and economic crisis, women are the first group to pay the price. On the flip side, the regime’s unbridled terrorism has no mercy on female opponents.

On August 21, International Day of Remembrance and Tribute to the Victims of Terrorism, we pay tribute to Iranian women victimized by terrorism for their opposition to the clerical regime in Iran.

Effat Haddad and Fereshteh Esfandiari were killed in this attack, and Sedigheh Khodaii Sefat was seriously wounded.

Effat Haddad and Fereshteh Esfandiari were among the first women victimized by the terrorism of the Iranian regime in foreign countries.

On the night of February 21, 1996, Zahra Rajabi, who had traveled to Turkey to attend to the situation of Iranian refugees in that country, was assassinated in Istanbul by the Iranian regime’s terrorist diplomats and three other terrorists directly sent by the Intelligence Ministry in Tehran to carry out this mission according to a plan approved by the regime’s Supreme Security Council.

Zahra Rajabi was one of the most prominent women victimized by the terrorism of the regime’s agents in Turkey.

Pouran Najafi and Kolsoum Serahati were among the women victimized by the terrorism of the mullahs in Iraq.

Iraqi mercenaries of the Iranian regime infiltrated Camp Ashraf on September 1, 2013, bent on slaughtering more than 100 PMOI members based there. They killed 52 of them, including six women, and abducted 7, including another six women. No information has been available on the fate of the hostages to date.

On October 29, 2015, the clerical regime attacked Camp Liberty with 80 rockets. Nayyereh Rabii, 47, and 23 other PMOI members were killed during this terrorist attack, and over 200 were injured.

Nayyereh Rabii was from Farahan in Arak. She had overcome many obstacles for joining the Resistance movement in 1987.

The Central Banker of Terrorism

The Iranian regime is the central banker of terrorism in today’s world. Terrorism is the lifeblood, essence, and fundamental nature of this regime.

There has always been a direct link between the escalation of uprisings and intensification of social and economic challenges on the one hand and its resort to terrorism on the other.

While carrying out suppression, executions, and massacres inside Iran, and flaming conflicts in the Middle East, the regime also pursues nuclear weapons. This is what makes it a serious threat to world peace and security.

The Iranian Resistance has, so far, documented more than 450 acts of terrorism conducted by this regime outside of Iran since the year 2001.

In the past two years, in particular, the clerical regime has conducted many terrorist plots and operations.

The two terrorist plots pursued by the regime in the spring and summer of 2018 against the Iranian Resistance are the largest terrorist designs of the regime’s 40-year history in Europe.

The regime’s terrorism grows and expands under the shadow of silence and ignorance. It is time for all this ignorance about the people of the world’s security and peace to end.

What do we want?

Governments must firmly stand up to the clerical regime. And women can do a lot to urge and convince their governments to adopt the right policy.

1.        All privileges and resources that the regime relies on to carry out its terrorist acts must be taken away from it. The regime’s embassies must be closed.

2.        The front companies, cultural and educational centers, religious associations, and so-called mosques funded and supported by the Iranian regime are all centers that sustain the regime’s espionage and terrorist activities. So they must be exposed and closed down.

3.         The regime’s agents and operatives who function under cover of commercial, cultural, or religious activities, or pretend to be journalists or opponents, refugees, or citizens, must be expelled from European countries.

We urge all parliaments in Europe and the U.S. Congress to pass effective legislation facilitating the expulsion of operatives of the regime’s Ministry of Intelligence and Security (MOIS) and the Islamic Revolutionary Guard Corps (IRGC) from their countries.

Any act of firmness against this regime and any steps taken against it, anywhere in the world, will aid the struggles of the people and women of Iran for regime change and is in line with international peace and security.