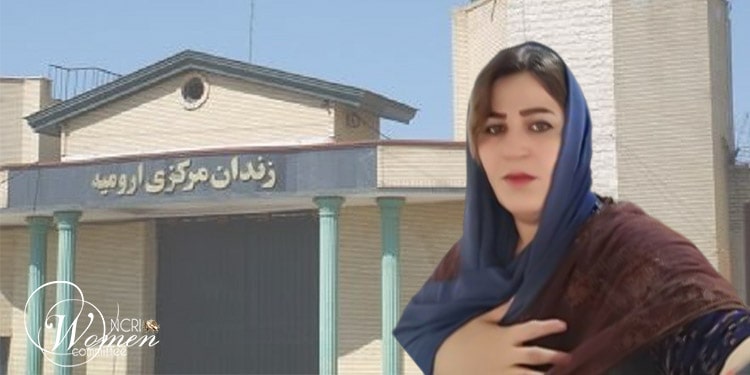 After four months in detention, Golaleh Moradi is still being tortured and pressured by the clerical regime’s intelligence services to make a forced confession.

Golaleh Moradi is a Kurdish woman residing in Piranshahr, in West Azerbaijan Province. She is presently detained in the women’s ward of the Central Prison of Urmia and denied access to a lawyer.

A source well-informed about Urmia Prison said Golaleh Moradi had been repeatedly taken to intelligence centers and tortured and beaten. The intelligence forces want her to say what they dictate to her. They have threatened Golaleh Moradi to issue heavy sentences for her two detained children.

The IRGC intelligence forces arrested Golaleh Moradi in April 2021, after Osman Haji Hosseini, a member of the IRGC in Piranshahr, was killed. They immediately took her to Urmia. After 45 days of detention, they sent her to the women’s ward of the Central Prison of Urmia.

Under the clerical regime, imprisonment has no meaning other than being tortured and executed. Recently hacked images of Evin Prison show but a small portion of the crimes the mullahs’ inhumane regime commits in prisons.

In the final days of August 2021, an Iranian group revealed the images of some of the hacked cameras in Tehran’s Evin Prison. These images expose only a small part of the painful and inhumane treatment of defenseless prisoners by prison authorities in Iran.

The head of the regime’s prisons organization, Mohammad Mehdi Haj Mohammadi, was compelled to acknowledge the validity of the images from Evin prison.

The dossier of the flagrant and systematic violations of human rights in Iran, especially the regime’s inhuman treatment of prisoners, should be referred to the UN Security Council. The Iranian resistance has once again urged the UN Secretary-General, the High Commissioner for Human Rights, the Human Rights Council, the UN Special rapporteurs, and international human rights organizations to take immediate reaction to visit the regime’s prisons and especially visit and interview political prisoners.

Prisoners should enjoy the right to life and freedom from torture. They must receive medical services, especially in the Coronavirus Tsunami in Iran. The Iranian resistance has repeatedly demanded the release of all prisoners, especially female prisoners, even temporarily.