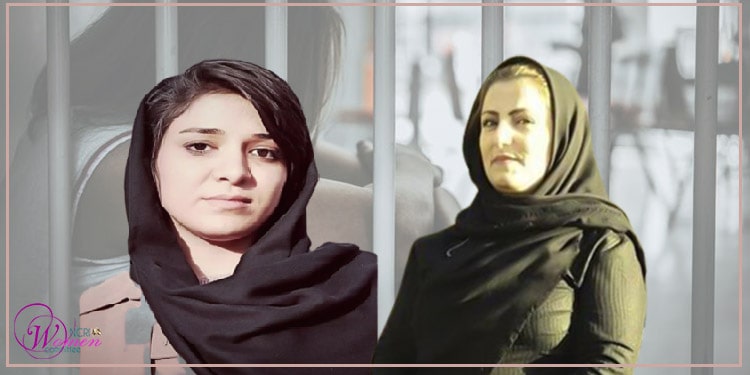 Azimeh Nasseri and Nahid Kamangar are two Kurdish women prisoners who have been tortured and threatened in order to force them to make false confessions. Both women were interrogated, tortured, and threatened in the IRGC and the Ministry of Intelligence’s detention centers.

Kurdish civil activist Azimeh Nasseri was transferred from the detention center of the Revolutionary Guards Intelligence Organization in Urmia to the quarantine of Urmia Central Prison on August 26, after a month in temporary detention.

Azimeh Nasseri has been charged with acting against national security. The IRGC threatened and tortured the Kurdish civil activist to force her into making false confessions against herself.

Mrs. Nasseri was arrested on January 9, 2021, during the wave of arrests of Kurdish citizens. Security forces entered her residence in the guise of repairers wanting to fix the gas outage.  After 25 days of interrogation, they transferred her to the women’s ward of Urmia Central Prison on February 3, 2021.

Daughter tortured to confess against her father

Nahid Kamangar, a resident of Kamyaran and the daughter of political prisoner Hossein Kamangar, is still detained in the women’s ward of the Sanandaj Correctional Center 51 days after her arrest.

Ms. Kamangar was arrested on July 5, 2021, after being summoned by telephone to Kamyaran’s Intelligence Department headquarters. Intelligence agents transferred her to solitary confinement in the women’s ward of the Sanandaj Correctional Center. Nahid Kamangar is currently under interrogation by the regime’s security forces and tortured to make confessions against her father. The father of this Kurdish prisoner is sentenced to 15 years in prison.

Nahid Kamangar was transferred to the General Ward on August 10, 2021, and is detained without standing trial.

Following the release of hacked footage from Evin Prison cameras revealing scenes of torture by the regime’s security agents, Amnesty International issued a statement on August 25, 2021. AI said: “The organization has analysed 16 leaked video clips, obtained from Iranian independent media outlets, which offer shocking visual evidence of beatings, sexual harassment, and deliberate neglect and ill-treatment of those in need of medical care, which Amnesty International has documented for years. The videos also reaffirm concerns around chronic overcrowding and solitary confinement in cruel and inhumane prison conditions.

“This disturbing footage offers a rare glimpse of the cruelty regularly meted out to prisoners in Iran. It is shocking to see what goes on inside the walls of Evin prison, but sadly the abuse depicted in these leaked video clips is just the tip of the iceberg of Iran’s torture epidemic,” said Heba Morayef, Middle East and North Africa Regional Director at Amnesty International.