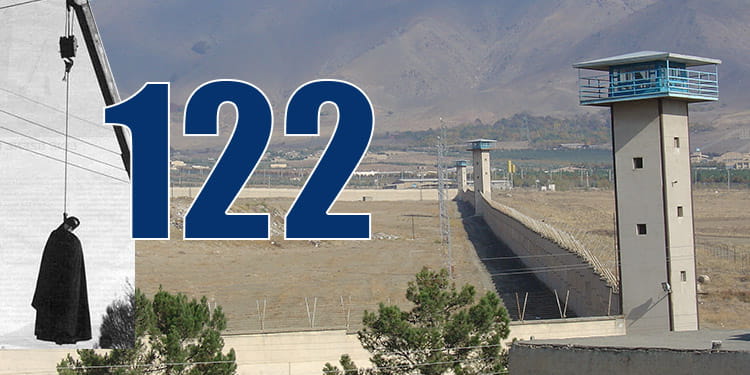 Susan Rezaiipour was hanged in the Central Prison of Qazvin at dawn on Wednesday, October 27, 2021. This is 122nd woman executed since the summer of 2013.

Susan Rezaiipour is among the women who are victims of forced early marriages and domestic violence. She acted in self-defense when she murdered her husband six years ago.

Susan Rezaiipour was married by force to her cousin, whom she did not love. In her confessions, Susan said her husband was an alcoholic who was drunk from 3 p.m. He battered her every day, something that forced her to commit murder.

The execution of this woman has not yet been announced by the state media until the publication of this report.

The actual number of executions and particularly the number of women executed is much higher. The clerical regime carries out most executions in secret and out of the public eye. No witnesses are present at the time of execution but those who carry them out.