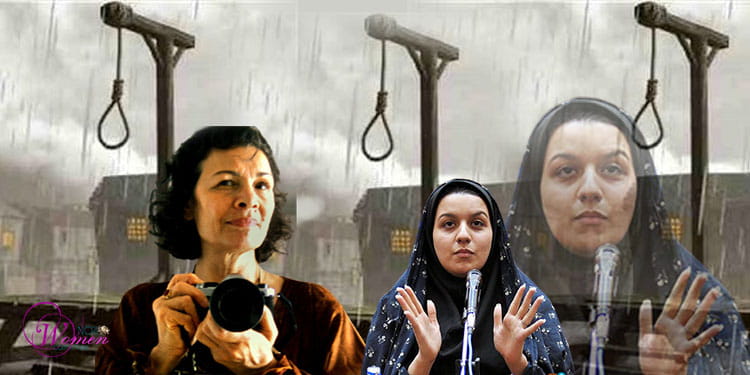 Gholam Hossein Mohseni Eje’i was inaugurated as the clerical regime’s new head of the Judiciary in July 2021. His appointment to this position is a sign of repression and double oppression of women in Iran.

Eje’i represented the Revolutionary Prosecutor’s Office at the Ministry of Intelligence in the 1980s. In that decade, he played a very active role in the arrest and execution of members of the main opposition, the People’s Mojahedin Organization of Iran (PMOI/MEK). As the head of the Third Branch of the Islamic Revolutionary Court, he personally sentenced political prisoners to death.

He has also served the regime as:

• The Ministry of Intelligence officer in charge of recruitment, 1984-1985

• The Judiciary’s representative in the Ministry of Intelligence, 1985-1988 (during the massacre of political prisoners)

• The Judiciary’s representative of in the Ministry of Intelligence, 1991-1994

• Head of the Special Judicial Complex for Investigating the Crimes of Government Employees, 1998-2002

• Minister of Intelligence under Mahmoud Ahmadinejad 2005-2009

International Bludgeon Award to the world’s most misogynist judge

Gholam Hossein Mohseni Eje’i won the International Budgeon Award in 2011. On June 7, 2011, the Women’s Link Worldwide in Madrid, Spain, awarded Eje’i the International Bludgeon Award. The award presented in absentia calls Eje’i “the most misogynist judge in the world.” The reason this organization chose Eje’i was that he deprived women of the right to divorce.

According to government sources, Eje’i had agreed to abolish women’s right to divorce before most judges could comment.

Every year, Women’s Link Worldwide selects the best and worst judges globally for their positive or negative impact on gender equality. The International Bludgeon Award is granted to the most misogynist judges.

Insisting on the execution of Reyhaneh Jabbari

In recent years, Eje’i has been one of the primary arms of the intelligence and Judiciary in promoting the execution and murder of women.

In the case of Reyhaneh Jabbari, accused of killing a Ministry of Intelligence official in self-defense, ‌ Eje’i was one of the staunch supporters of Reyhaneh’s execution.

Reyhaneh Jabbari, 26, was executed at dawn on November 24, 2014, in Gohardasht prison in Karaj. She spent seven years in jail behind closed doors.

Reyhaneh Jabbari, 19, the interior designer of an advertising and decoration company, was charged with the murder of Morteza Sarbandi, a 47-year-old doctor, married with three children, and an official of the Ministry of Intelligence.

Reyhaneh was forced to defend herself against rape by Sarbandi.

Ahmad Shahid, the UN Special Rapporteur on Human Rights at the time, said: “Ms. Jabbari’s case raises serious due process concerns, particularly with regard to her interrogation and the reluctance of the court to take into account all relevant circumstantial evidence into its judgment.” He stressed that “Ms. Jabbari may have been doubly victimized; first by her attacker, and then by the judicial system, which is supposed to protect victims of intended and actual sexual and physical assault.” (April 14, 2014)

Acquittal of the murderer of Zahra Kazemi

The murder of Zahra Kazemi is another example in which Eje’i played a role in acquitting the murderer.

In 2003, in this case, the main defendant was Saeed Mortazavi, the then prosecutor of Tehran with ties to Eje’i. Eje’i and Ebrahim Raisi, in collaboration, acquitted Mortazavi of the charge of murdering Zahra Kazemi.

On July 11, 2003, it was announced that an Iranian-Canadian journalist, Zahra Kazemi, had died at Baqiyatallah Azam Military Hospital. Zahra Kazemi was arrested on June 23, 2003, while photographing a gathering of prisoners’ families in Evin Prison. Initial reports and testimonies indicated that the journalist’s death was due to severe beatings during her detention and because of blows to the head.

Iranian regime officials, however, concealed the truth and diverted judicial investigations into the mystery of Zahra Kazemi’s death to quell the controversy over the death of a dual-national journalist in prison in Iran.

On July 10, 2018, the Reporters Without Borders wrote in a statement, “Zahra Kazemi is a symbol of all the human rights violations perpetrated in Iran since the clerics seized power in 1979. She was a woman and a journalist who wanted to tell the world about the terrible conditions in Tehran’s Evin prison, a symbol of the regime’s relentless repression.”

Defending the oppression of women

Eje’i has also been an advocate of the suppression of women under the guise of improper veiling.

For example, Eje’i explicitly stated at a news conference, “Those persons who seek to promote the culture of vulgarity, and in violation of our Islamic country’s laws commit indecency, immorality, and remove their veil, and encourage these actions, we warn them that because our country is Islamic and has Muslim people, so the law does not allow them to do such things.”

“We will first advise on the issue I raised, and if necessary, we will intervene in these criminal acts, and the police and the judiciary will deal with this,” he continued. “Institutions and ministries must also fulfill their duties and responsibilities in this regard.” (The state-run Balatarinha.ir – June 9, 2014)

By appointing Gholam Hossein Mohseni Eje’i as the head of the Judiciary, Khamenei took another step towards solidifying his oppressive regime. Side by side with Ebrahim Raisi, as the head of the Executive Branch, and Mohammad Baqer Qalibaf, as head of the Legislative Branch, he completes the puzzle of a murderous regime which is what Khamenei needs to clampdown on the popular uprisings, especially in the current circumstances.

While exposing the repressive role of these perpetrators of human rights violations and subjugation of women, the Women’s Committee of the National Council of Resistance of Iran calls for their prosecution.