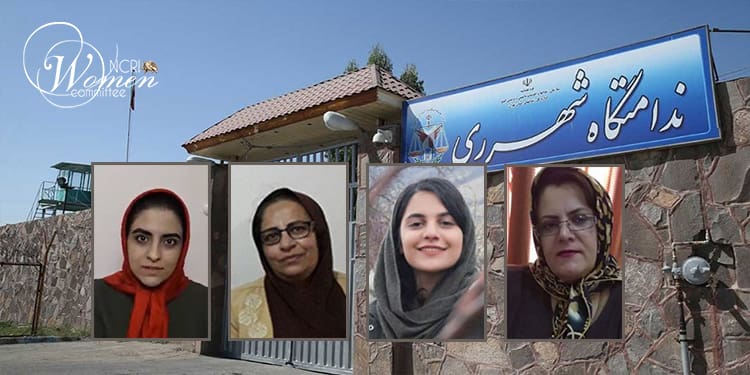 The 27th Branch of the Revolutionary Court of Tehran summoned Parastoo Moini and three other political prisoners.

The court summoned Parastoo Mo’ini and examined her charges in the absence of her lawyer on November 24, 2021. The court tried Ms. Mo’ini for sending out a message in June, calling for the boycott of the regime’s sham presidential election. The presiding judge, Afshari, threatened to extend Parastoo’s prison term and send her to exile.

The three other political prisoners, Zahra Safaei, Marzieh Farsi, and Forough Taghipour, are accused of the same charge but did not attend the court in protest of the case’s fabrication.

Parastoo Mo’ini, 21, is a student of computer sciences. She is detained in Qarchak Prison along with her mother, Zahra Safaei, who is held despite dire health.

Parastoo’s grandfather, Hassan Ali Safaei, was a political prisoner under both dictatorships of the Shah and the mullahs. He was executed in 1981 in Evin Prison.

Security forces arrested Parastoo Moini and her mother, Zahra Safaei, in Tehran on February 24, 2020. They also arrested Forough Taghipour and her mother, Nasim Jabbari. They were subsequently transferred to the Intelligence Ministry’s detention center (Ward 209 of Evin Prison). Parastoo Mo’ini and Forough Taghipour were transferred to Qarchak Prison in early March 2020.

The lives of Parastoo Moini and three other political prisoners are in danger in Qarchak Prison. The prison authorities had previously hired mercenaries to kill them by attacking them and pouring boiling water. In another vicious attack on December 13, 2020, some 20 prison guards attacked the ward of these political prisoners and brutalized all of them.

“If we do not execute you, we will make you wish to be executed,” he told the prisoner in another part of his threats.