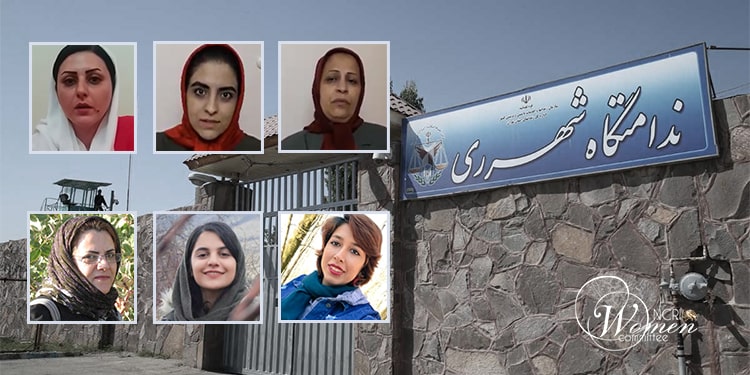 More details have come out on the attack on political prisoners in Qarchak Prison on Sunday, December 13, 2020.

According to this report, at least 20 male and female guards accompanied the new warden of Qarchak, Soghra Khodadadi, to launch an attack on political prisoners detained in Ward 8 of Qarchak Prison.

The raid by anti-riot guards took place at lunch time, while the prisoners did not have suitable outfit to encounter male guards. Some of the guards involved in this attack were Samira Ilkhani, Khoshraftar, Karami, and Gharegozlou.

The anti-riot guards brutalized all the inmates in Ward 8 with batons and stun guns.

Political prisoner Zahra Safaei was hit in the head by batons. Her forearms are bruised all over.

Parastoo Mo’ini who went to help Golrokh Iraee and her mother, Zahra Safaei, was taken by the hair and dragged on the floor. The guards attempted to take her out of the ward, but other prisoners intervened and freed her from the clutches of the guards. Parastoo Mo’ini was also bruised in both calves. She also feels pain in the chest due to being hit by stun guns.

Another inmate in this ward, Maryam Ebrahimvand was hurt in the left calf and her back was bruised.

The guards who had badly brutalized Golrokh Ebrahimi Iraee finally dragged her by force out of the ward to be transferred to Ward 2A of Evin Prison.

Reports indicate that the telephones in Ward 8 were disconnected from Saturday until Tuesday, to prevent the news of this attack on political prisoners from leaking out.

Families of prisoners went to the prison in person to get news of their loved ones but they were falsely told that the prisoners did not want to have visitations.

During the guards’ raid on Ward 8, the prisoners in other wards banged on the walls and chanted “death to the dictator.”

Following the attack on political prisoners in Ward 8, no medical care and treatment were provided to the inmates who were badly injured.

The new warden of Qarchak Prison, Soghra Khodadadi, has increased pressure on political prisoners since taking office. On her orders, prison authorities took the body of one of the war dead and paraded it around the prison on December 18. They also posted pictures of the war dead on the walls of the main corridor. They also held a ceremony in which the prison staff took part.