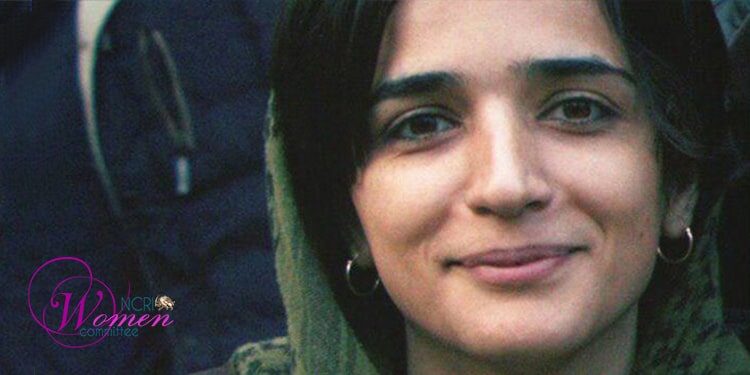 Political prisoner Leila Hosseinzadeh was transferred to the notorious Adelabad Prison of Shiraz on Thursday, December 23, 2021. She is presently detained in the women’s ward of Adelabad Prison.

Leila Hosseinzadeh was arrested on December 7, 2021, while visiting Shiraz, the capital of Fars Province in southern Iran.

Security forces arrested Leila Hosseinzadeh and nine friends at gunpoint and confiscated their mobiles and identity papers. Her friends were released after a few hours, but Leila remained in detention.

Informed sources say she had been held incommunicado in an intelligence department detention center called “No. 100,” where she had been beaten and brutalized.

Her family did not have any news on her or her place detention. After 11 days of being held incommunicado, Leila called home on December 18, 2021, from Evin Prison’s Intelligence Ministry Ward 209.

Political prisoner Leila Hosseinzadeh suffers from intestinal Crohn’s disease but is deprived of receiving her medications or any medical care.

The 28th Branch of the Revolutionary Court of Tehran had recently upheld a 5-year prison sentence for Leila Hosseinzadeh. The verdict, however, had not been passed on to the Unit for the Implementation of Verdicts.

Amir Raisian, the lawyer of political prisoner Leila Hosseinzadeh, wrote on his Twitter account that her verdict contravened the articles of the clerical regime’s punishment law.

Leila Hosseinzadeh had held a small student gathering outside Tehran’s Sharif University of Technology to celebrate the birthday of Mohammad Sharifi Moghaddam, an imprisoned student Dervish. She was indicted of “assembly and collusion for acting against national security” for holding this celebration and singing in it.

Leila Hosseinzadeh was arraigned of her charges in September 2019 in the 2nd Inspectorate Branch of Evin Courthouse.

Political prisoner Leila Hosseinzadeh, 30, was arrested during the protests in January 2018. She was released on bail after 16 days. The 26th Branch of the Revolutionary Court of Tehran sentenced her to 6 years in prison. It banned her from traveling abroad on charges of “assembly and collusion against national security” and “propaganda against the state.”

Of this sentence, only 2.5 years was implemented based on the clerical regime’s punishment law.

Journalist Elaheh Mohammadi banned for a year from reporting