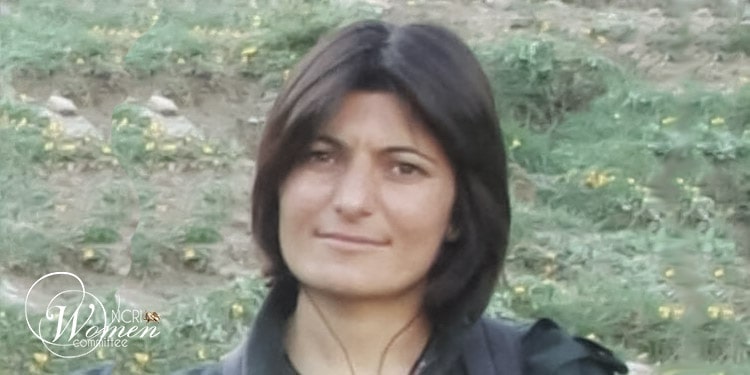 Resistant political prisoner Zeinab Jalalian has been held 530 days incommunicado. She is denied medical care she urgently needs. She is one of the victims of torture in Iran

Zeinab Jalalian has been detained 530 days incommunicado, under physical and mental torture. Her family is gravely worried about her conditions and health.

530 days have passed since Zeinab Jalalian last contacted her family, an informed source announced on January 12, 2022.

The Jalalian family and friends are extremely concerned about her conditions, holding the regime accountable for her health.

Zeinab Jalalian has been deprived of calling her family despite her physical and mental conditions. She has been held 530 days incommunicado, and there is no information available on her.

Prison authorities have declared that nothing will change for her so long as Ms. Jalalian does not express remorse in a televised interview.

Zeinab Jalalian did not have any contact with her family since her elder brother died, even when detained in the Prison of Khoy. The prison authorities only informed her family that she was alive.

Ms. Jalalian has been in jail without any leaves since 2007, when she was arrested in Kermanshah.

She suffers from various illnesses, including asthma, pterygium, an oral thrush condition, and GI complications.

The Ministry of Intelligence has deprived her of medical treatment as a way of torture. She is presently under various forms of psychological pressure and deprived of her rights as a prisoner to express remorse and collaborate with the Intelligence Ministry. The ministry’s agents also pressured her to cooperate with them while she was in Qarchak Prison.

A team of security forces appeared in the Prison of Khoy on April 28, 2020, and took her away without presenting the reason. On May 2, it became evident that she had been taken to several prisons and finally to Qarchak Prison in Varamin.

She has been held 530 days incommunicado, and no information is available.

Amnesty International reported that the Ministry of Intelligence agents are torturing Iranian Kurdish woman Zeynab Jalalian by deliberately denying her health care to coerce her into providing a videotaped “confession.” This intentional denial of health care is causing her severe pain and suffering, particularly as she has serious medical conditions, including post-Covid-19 breathing difficulty.

Earlier, Amnesty International had reported that “Iran’s authorities are callously toying with the lives of prisoners of conscience and other political prisoners by denying them adequate medical care, putting them at grave risk of death, permanent disability or other irreversible damage to their health. Denying medical care to political prisoners is cruel and utterly indefensible. Prisoners’ access to health care is a right enshrined in both international and Iranian law. When depriving a prisoner of medical care causes severe pain or suffering and it is intentionally done for purposes such as punishment, intimidation or to extract a forced ‘confession,’ it constitutes torture.”