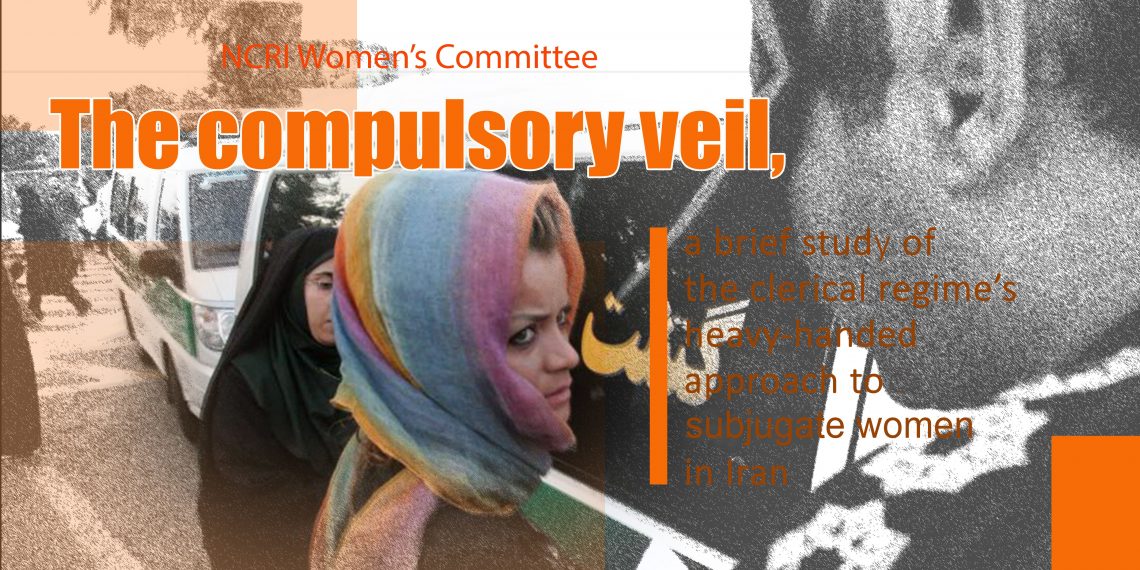 The Compulsory Veil, a symbol of suppression of women in Iran

For several decades now, The Compulsory Veil or the mandatory Hijab has become the symbol of suppression of women in Iran by the mullah regime. In this episode, we are going to discuss the issue of compulsory Hijab in Iran, which is forced on all women from all religions, and we are also going to talk about the need for women’s freedom of choice in this regard.

Iranian women do not have any freedom of choice, particularly in this regard. In 1979, when Khomeini, the founder of the present clerical regime in Iran, seized power, he made it mandatory for all women to cover their hair when they appeared in public. They even expelled women from their jobs if they did not comply.

Now, looking at the past century in Iran, dictators and specifically the mullahs’ regime are turning the issue of women’s clothing into a tool to impose pressure on society. They systematically oppress the entire nation and their freedom of choice through the suppression of women.

Under the mullahs, the Iranian justice system, the intelligence and security services, the military, and all the armed forces have a mandate to enforce the mandatory Hijab in the streets and all public places.

The mullahs’ reactionary interpretations of Islam, including the mandatory veiling of women, were put into law and institutionalized in the Constitution and other legal codes.

They put this into the law, and anybody breaching it is imprisoned or must pay a fine. Of course, this punishment is always accompanied by brutal and violent treatment of women.

This is while, for thousands of years in Iran, women’s clothing and the covering were a matter of personal choice.

Like many other countries, women were free to choose their clothing and covering. Iranian women wore the clothes they wished, depending on their own tendencies and the culture in which they were brought up.

And even when the mullahs first tried to make Hijab an obligation for all women, the women who wore Hijab went to defend the women who didn’t because every woman must be free to choose what she wore.

Iranian women’s sad stories took a new height when Khomeini, the mullahs’ supreme leader, seized power in early February 1979. In less than a month, in March, he made it mandatory for women to wear the head-to-toe black cloth, called the Chador, or cover their hair and body in other ways.

Within a month and a half, on May 22, a woman was flogged in public for the first time.

In the next year, these measures were followed by government directives to oblige female doctors to wear the compulsory veil at work. And in 1983, the parliament passed Article 102 of the Punishment Code sanctioning 74 lashes for women who appeared in public without the veil.

We should keep the spotlight on the mullahs because the crimes they commit have nothing to do with the genuine message of Islam, which is freedom.

Mindful of this fact, Iranian women have never given in to the coercions of the mullahs. Having been through four decades of the most ruthless suppression and inhuman discrimination, they bear an enormous potential and have been rightly called “the force for change.”

We in the NCRI believe that women should enjoy the freedom of choice in all areas of life, including choosing their clothing and covering. The NCRI’s President-elect, Mrs. Maryam Rajavi, has declared a 10-point plan on women’s freedoms and equality in tomorrow’s Iran, in which she emphasizes that women have the right to freely choose their clothing.