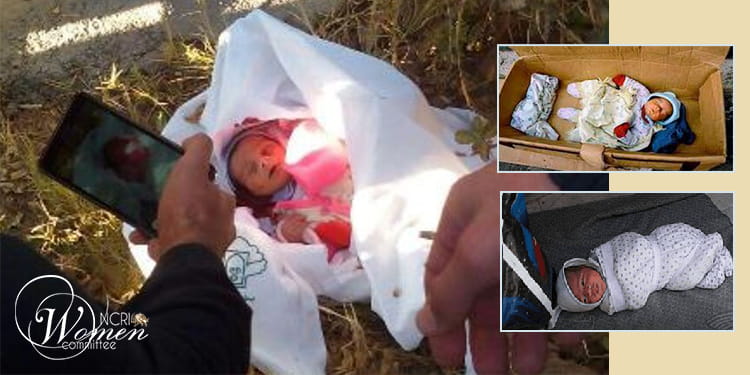 Some 5,000 babies left on the streets across the country in the past ten days signal a social catastrophe in Iran. Mohammad Reza Mahboubfar, an expert and researcher in development planning and social harms, revealed the shocking statistics on thousands of abandoned babies in an interview with state media. (The state-run Ruydad24.com, May 28, 2022)

5,000 babies abandoned in the streets in 10 days means that 500 newborns are left unattended on the street every day!

Mahboubfar also acknowledged that typically between 2,000 and 2,500 fetuses and infants are aborted or abandoned on the streets daily in Iran.

Referring to the tsunami of rising prices in the last two or three years, he said this issue was one of the effective factors in increasing the number of babies left on the streets.

“In circumstances where the housing poverty line has reached 80 or 90 percent in Tehran, and other major cities, 40 million people live in the slums or have poor housing. Some 30 million people rent their housing and must spend 50 percent of their income to pay rent. There is nothing left for education, health, and entertainment with these expenses. As a result, we can say that contraceptives are no longer available to these 40 million people.”

Mahboubfar stressed that the Population Growth Plan has become a double crisis and has caused an increase and multiplication of social harms in Iran. Significant statistics of social ills and the feminization of poverty, on the one hand, and the increasing economic pressures and the inability of individuals to marry and have children have provided a situation in which many families are reluctant to have children.

With the adoption of the Population Growth Plan, the situation has become more difficult for vulnerable groups as abortions, and the use of contraceptives have become more restrictive.

Before enacting this law, health centers and social work centers provided contraceptive items free of charge to the needy and destitute people, such as homeless men and women. The most important consequence of the Population Growth Plan has been the increase in abortion in Iran.

According to the Health Ministry, thousands of fetuses die in Iran as they are legally or illegally aborted every day. To this official statistic must be added the unofficial and unregistered statistics of abortions and the thousands of babies abandoned on the streets.

The shocking tragedy of 5,000 babies left on the streets in just ten days happens while the regime’s Supreme Leader Ali Khamenei called for an increase in the country’s population in his latest directive.