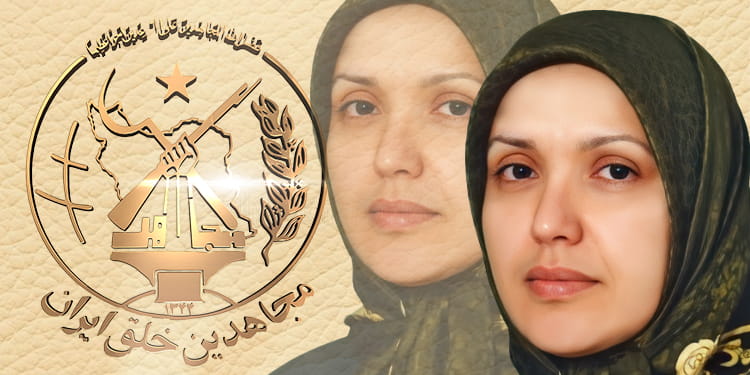 Hope for freedom shines like the sun from her memory

Hamideh Taati became immortal after four decades of struggling against the misogynist religious tyranny. She was a member of the Central Council and an official in the People’s Mojahedin Organization of Iran’s (PMOI/MEK) political and publicity departments. She died in a hospital in Paris on July 16, 2022, after a long and severe illness.

She always smiled as though she had neither pain nor suffering. She would be sad only when she saw that you were sad, and she would be unhappy along with you. Wherever you needed strong support, Hamideh was by your side, like a rock. Wherever you wanted a helping hand, Hamideh was there to help you.

She never expected anything from anyone yet was always ready to meet the expectations of others.

Hamideh chose the most difficult tasks. She wanted her friends and comrades to enjoy comfort and convenience and always chose hardship and hard work for herself. She was at the forefront of hard work, despite having lost one leg and an injury in the other. She was present in all fields, and she was the one who heartened her friends over her terminal illness.

Hamideh Taati was a legend. Her fighting spirit and commitment made her a historical figure among the Mojahedin, especially the women. She was the epitome of love, passion, and vitality, who endured every pain, suffering, and hardship with her faith in the liberation and freedom of her people and country. She adhered to her pledge to the cause of freedom for the suffering people of Iran. She remained faithful to her cause until the last moments of her life.

A glance at Hamideh Taati’s fruitful life and struggle

Hamideh Taati was born in 1955 in Tehran. She had a bachelor’s degree from the School of Computer and Systems Analysis. In 1977, she started her political activities by participating in demonstrations against the Shah. In 1978, as protests surged against the monarchic dictatorship, Hamideh expanded her activities, becoming acquainted with the PMOI and its leader, Massoud Rajavi.

After Iran’s 1979 Revolution, Hamideh Taati continued her activities in connection with the PMOI/MEK. In the winter of 1979, she started working full-time with the organization and assumed her responsibilities in the PMOI’s social department.

In September 1983, two years after the beginning of the Iranian people’s just resistance against the mullahs’ regime, she was transferred to the border region of Kurdistan. She continued her activities in the social sector.

With the formation of the National Liberation Army of Iran in 1987, Hamideh Taati participated in various operations, including the Shining Sun Operation and the Forty-Stars Operation.

On June 20, 1988, she was severely wounded and lost a leg in the Forty-Stars Operation. Nevertheless, she did not abandon her duties even for a moment for 30 years. In 2018, she was diagnosed with a severe illness.

Indeed, she was a legend in resistance, fighting adversities, and shouldering responsibilities.

When her nurse discovered her life-threatening illness, she cried, asking, “Why you?” Hamideh Taati turned to the nurse and said, “Don’t worry! I am the happiest woman and person on earth.”

The disease wore down her body, but her spirit overcame her pain and suffering. Despite complications and excruciating pain at the peak of her illness, Hamideh Taati suffered in silence. She was the all-time winner of this battle.

Hamideh Taati was the founder and manager of the Iran Focus website. She became a member of the National Council of Resistance of Iran in September 1993 after a unanimous vote.

On June 17, 2003, the French government made a deal with the Iranian regime, whereby French forces attacked the National Council of Resistance of Iran (NCRI) headquarters in Paris. They arrested NCRI members, including President-elect Maryam Rajavi.

Despite her difficult physical condition, Hamideh Taati bravely resisted the brutal behavior of the invading forces and participated in extensive campaigns against this scandalous conspiracy.

Ms. Zahra Merrikhi, the Secretary-General of the PMOI, sent a message upon learning of Hamideh Taati’s death. Ms. Merrikhi said, “Hamideh Taati, with 43 years of experience in full-time struggle, represents a historical figure in the PMOI/MEK, especially for the women of the People’s Mojahedin and all the freedom-loving women of Iran. Her brother, Massoud Taati, is one of the PMOI martyrs who laid down his life for freedom during the 1988 massacre in Evin prison.”

On the passing of Hamideh Taati, NCRI President-elect Maryam Rajavi said, “Words do not help me describe the heroism of this Mojahed lioness and her undying hope and faith. Her incredible spirit, passionate love, and restless soul will remain for eternity in the hearts and minds of her comrades.

“Although my dear Hamideh’s body was covered with the wounds and injuries she endured during the struggle against the mullahs’ regime over the last three decades, her love, faith, and cheerful spirit were always refreshing to her fellow Mojahedin.

“In all the scenes of military and political battle and in her long years of fighting injuries and illness, she was determined, patient, and reliable. She was an example of the fact that difficult conditions are the touchstone of a human gem.

“Yes, my dear Hamideh, this model of steadfastness and revolutionary passion is alive and present, and from every memory of her, hope for freedom shines like the sun.”