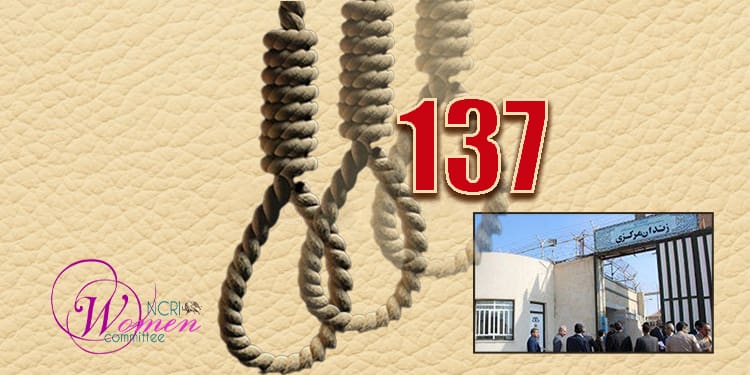 The regime in Iran carried out the death penalty for a woman in the Central Prison of Yazd on Thursday, July 21, 2022. Robab Danaii lived in Yazd and had been sentenced to death on murder charges.

Robab Danaii experienced heart failure just moments before being hanged, nevertheless, the regime’s henchmen in Yazd Prison hanged her despite her condition.

Two men were also executed on the same day in Yazd Prison.

Robab Danaii was transferred to solitary confinement at the Central Prison of Yazd on July 19, 2022, to be prepared for the execution of her death penalty.

None of the regime’s state media have reported the death penalty for a woman carried out in Yazd.

After the death penalty for a woman was carried out in Yazd Prison, the number of women executed in Iran since 2013 reached 137.