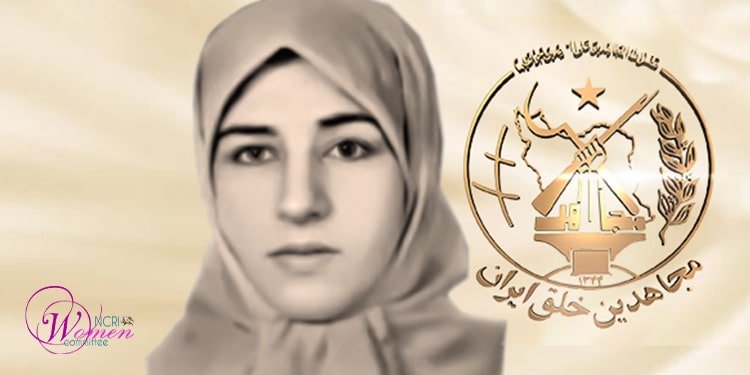 Nastaran Hedayat Firouzabadi, a brave heroine from the PMOI

Her name reminds us of the flowers of the beautiful, pure, and colorful nasturtium.

Nastaran was a brave girl from Shiraz who loved the Iranian people with all her heart and sacrificed her life for their freedom.

Nastaran Hedayat Firouzabadi was born in Shiraz in June 1958. After completing high school, she decided to study civil engineering at Shiraz University.

During her university days, she became associated with the 1979 revolution, during which she rushed to help the people’s uprising against the Shah’s dictatorship.

After the anti-monarchic Revolution, Nastaran realized the extent of Khomeini’s crimes and became familiar with his true nature.

Given her newfound knowledge, she became interested in the People’s Mojahedin Organization of Iran (PMOI/MEK) and chose their path to fight against Khomeini’s oppression and dictatorship.

Nastaran Hedayat Firouzabadi joined the PMOI/MEK and started working with them in May 1979.

One of her tasks was to help and care for the families of martyrs. She also collected financial aid for the PMOI/MEK.

Nastaran Hedayat Firouzabadi was in her last year of university, working on completing her bachelor’s degree when Khomeini closed universities with an anti-cultural coup. As a result, Nastaran had to interrupt her studies. She then chose to increase her activities with the PMOI/MEK.

After June 20, 1981, due to the regime’s stranglehold over and repression in Iran, Nastaran began to work covertly.

On the night of December 24, 1981, while Nastaran was ill and resting in bed, Islamic Revolutionary Guard Corps (IRGC) forces stormed her house and arrested her.

Nastaran’s mother protested, asking, “My daughter is sick; where are you taking her?” They replied rudely, “It doesn’t matter; we have to take her.” The IRGC forces told the mother that Nastaran would return the following day, but that never happened.

A new chapter in the life of Nastaran Hedayat Firouzabadi

Prison conditions practically dictate that prisoners remain silent. Nonetheless, Nastaran rose up, refused to surrender, and never obeyed her torturers’ commands even as they severely beat and tortured her.

As a woman, a new chapter of battle and struggle for Nastaran Hedayat Firouzabadi had begun.

She pledged herself to the extent possible to the PMOI/MEK, as she viewed prison as not the end of the struggle but as a difficult passage on the path to achieving freedom. She knew well that the way to freedom could be paved by paying the price and enduring torture and execution.

Nastaran Hedayat Firouzabadi was brutally tortured after our activities, and her role as the leader were discovered. She resisted torture and was executed on June 8, 1983, along with several other MEK members.

Nastaran’s execution brings to light two critical elements: Khomeini’s and the IRGC’s cruelty and crimes and the courage and bravery of those standing to the end in the fight against dictatorship.

Nastaran Hedayat Firouzabadi and her cellmates were hanged with barbed wire. Their bodies were removed with bulldozers and buried in Darul-Rahmah Cemetery in Shiraz.

A worker in the cemetery, who witnessed the executions, described his bitter memories of that night. He said, “When one female PMOI prisoner was put in the grave, she regained consciousness. The barbed wire wrapped around her neck apparently did not work and only caused temporary suffocation. When she regained consciousness, she got up to run away, but the guards held her down. The IRGC commander said that since the site was in a residential area, the sound of gunfire would cause crowds of people to come out. So, they took her to the surrounding desert and shot her. Then they returned and threw her body in the mass grave they had already dug.”

The Khomeini regime had martyred Nastaran’s brother in Shiraz eight months earlier during a street fight between PMOI/MEK units and IRGC forces.

Today, Nastaran’s name is all over Iran and carries her message to every city and village. It is a message of rebellion and resistance – and this is the path that will continue until the day Iran is free.