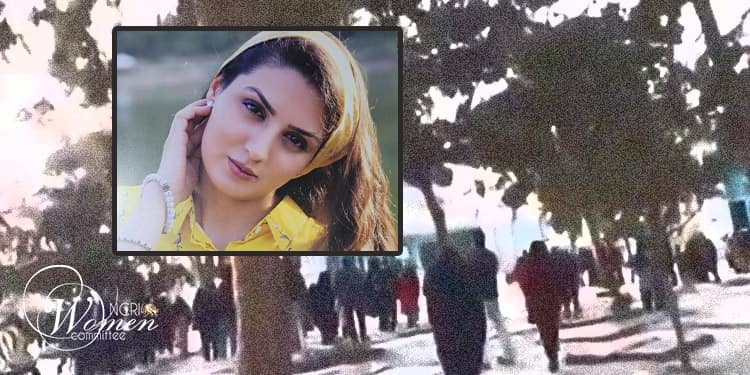 The people of Gorgan participated in the 40-day memorial for Dr. Ayda Rostami despite a brutal attack by security and plainclothes agents.

Friday morning, January 20, 2023, people gathered in Imamzadeh Abdullah cemetery of Gorgan. However, the clerical regime’s repressive forces attacked and brutalized them, arresting several participants. In this way, they prevented the memorial ceremony for Dr. Ayda Rostami.

According to social media reports, Dr. Ayda Rostami’s brother was among those arrested in the cemetery.

Dr. Ayda Rostami was a conscientious physician who secretly treated wounded protesters at their homes. On the night of December 12, the regime’s security services identified and abducted her and killed her under torture.

False narratives over the death of Dr. Ayda Rostami

Dr. Ayda Rostami, 36, was among the trusted doctors who went house to house to treat the wounded protesters.

Many of those wounded in the protests do not go to a hospital for treatment because the intelligence services and plainclothes agents abduct the wounded from their hospital beds. That was the case during the November 2019 uprising and what the regime also did during the 1980s.

Therefore, every protester wounded during the protests does not go to a hospital. They stay home and ask a trusted doctor to visit them at home. Dr. Ayda Rostami was a trusted doctor who saw patients in Ekbatan district, one of the hotbeds of protest in Tehran.

On Monday, December 12, she was visiting patients when she realized she had finished her bandage and gauze. So, she went out to get some from a pharmacy but did not return.

At noon on Tuesday, December 13, 2022, they called her family from the police station. They informed them that Ayda had died in a car accident the night before and that they had to go to Tehran’s main cemetery, Behesht-e Zahra, to receive her body.

The Forensics Office had been ordered to write the reason for death as “being struck by a hard object” in “an accident.” The authorities did not want to show Dr. Ayda’s body to her family, but the family insisted on seeing it.

When they opened the wrapping, the family was shocked to see Dr. Rostami with a smashed face and nose, broken arms, and an enucleated eye. Her body was also bruised in the lower part indicating the scars of a sexual assault. She had been killed under torture. And the police have yet to show the place of the accident or Ayda’s car to her family.

The circumstances of Dr. Rostami’s death outraged the public, so the Judiciary came out and gave an explanation on December 17. Based on this explanation, Dr. Ayda Rostami had thrown herself from a pedestrian bridge after arguing with a man they said was her boyfriend. (The state-run Tasnimnews.com, December 20, 2022)