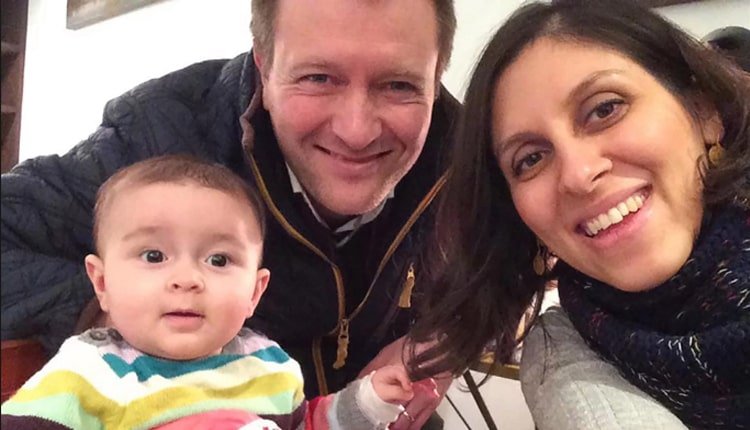 British-Iranian dual-national, Nazanin Zaghari, is about to begin her third week of hunger strike.

She is a victim of the Iranian regime’s policy of hostage-taking and is being used as a bargaining chip in Tehran’s deals with the U.K. After three years, she is still in prison.

Nazanin Zaghari began her hunger strike on June 15, 2019, on her daughter’s birthday, in protest to her unjust detention, demanding her own unconditional release. Her illnesses and physical conditions have deteriorated. Her husband, Mr. Richard Ratcliffe, also started his hunger strike on the same day in solidarity with his wife outside the Iranian Embassy in London.

After speaking to his wife on the phone, Mr. Ratcliffe said she had reiterated that her demand for ending her hunger strike is “unconditional freedom.”

He said it was Nazanin Zaghari who called the hunger strike, he followed suit in solidarity. He said the Iranian regime had stepped up the pressure on her since.

She was able to call him over the weekend. “She was pretty traumatized,” Ratcliffe pointed out. “She was being pressured by the Revolutionary Guard at that point to end the hunger strike. Their job is to be scary. They certainly are. This is day 12 of our hunger strike. It’s tough for me and I’m sure it’s much tougher for her.”

Nazanin Zaghari had previously vowed to do anything to remind both governments that enough is enough.

Nazanin Zaghari was a project manager with the Thompson Reuters Foundation, when she traveled to Iran along with her two-year-old daughter Gabriella in March 2016 to pay a visit to her parents. She was detained at the airport on April 3, 2016, as she and her daughter were about to board a flight back to the UK. After months of imprisonment without trial, she was sentenced to five years in prison.

Hostage-taking and kidnapping have been a systematic tool for the Iranian regime’s diplomacy.