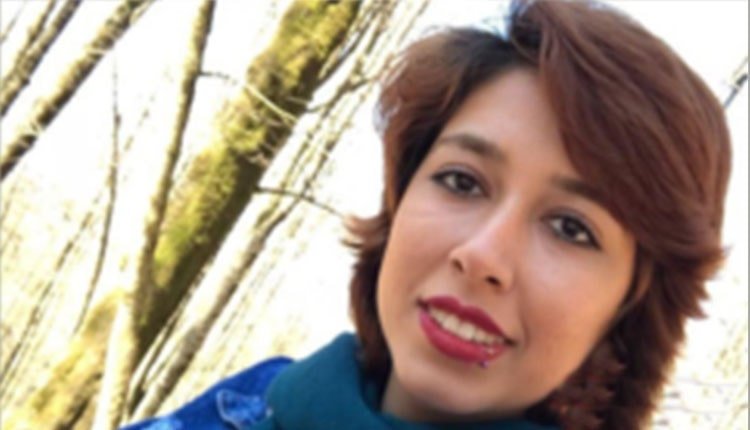 Saba Kord Afshari was repeatedly pressured to make video confessions, something that she strongly resisted and refused to do. The Intelligence Ministry even arrested her mother, Raheleh Ahmadi, to bring further pressure and force her to force her make false confessions.

Ms. Kord Afshari was first arrested in August 2018 during street protests in Tehran. She was taken to Qarchak Prison and detained in limbo. Then, she was sentenced to one year in prison for “disruption of public order” and was transferred to the women’s ward of Evin Prison.

Saba Kord Afshari was released in February 2019, but was arrested again on June 1 and has been detained in prison since then.

The Court of Tehran held her trial on August 19, 2019. The charges leveled against her included “propaganda against the State” and “association and collusion aimed at national security.”

Her sentences were increased by one-half because of “numerous charges and previous records”!

The maximum sentenced to be implemented for her is 15 years for “promoting corruption and prostitution by removing her veil and walking in the streets without the veil.”

Saba Kord Afshari was taken to Qarchak Prison of Varamin in June. Then, on July 2, she was taken to the Ward 2A in Evin Prison which belongs to the Intelligence Department of the Revolutionary Guards, and put under pressure to make forced confessions. Subsequently, she was returned to Qarchak and eventually transferred to the women’s ward of Evin on August 13, 2019.

In a related development, nine civil activists including three women were sentenced to a total of 54 years in prison on Monday, August 26, 2019. The women were Shima Babaii, Mojgan Lali, and Shaghayegh Mahaki.

Each of the three women were sentenced to six years in prison. Their court hearing was held on April 21, 2019, in Tehran and informed them of their charges which included “association and collusion against national security” and “propaganda against the state.”