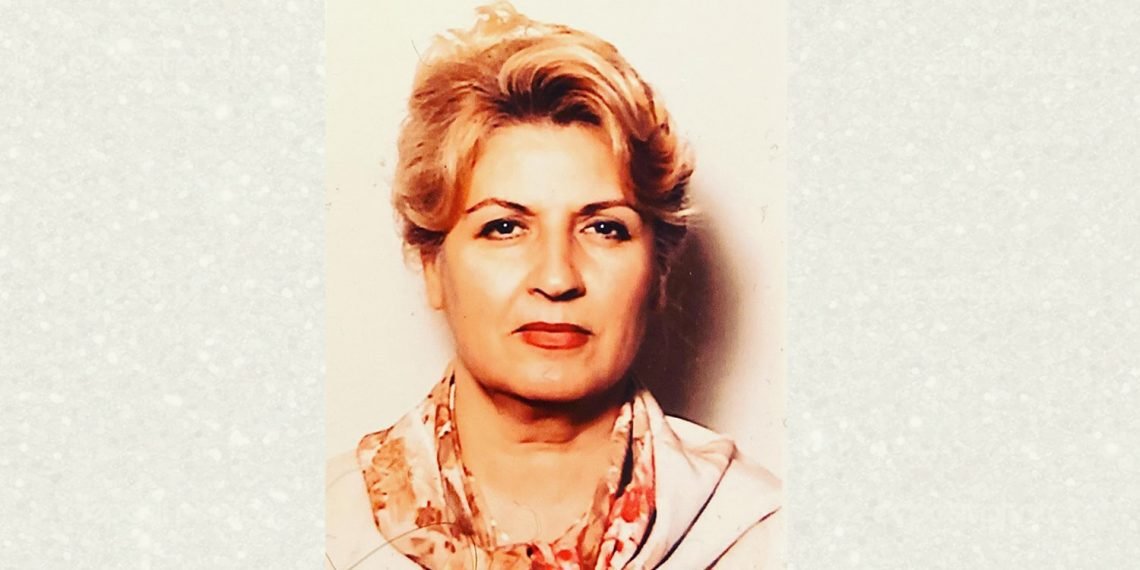 The best way to express one’s philosophy is not through words but through their choices. We are ultimately the ones who shape ourselves and our lives. This process only comes to an end with our death.

On the morning of Saturday 25 April 2020, Massoumeh Joshaghani, an avid supporter of the Iranian Resistance, a member of a committee of professors as well as a member of the Association of Iranian Women in France, died of cancer in Paris.

Her family, the Iranian Resistance, friends, and colleagues have been mourning her untimely death. Massoumeh was an experienced nurse who in 1981, during the peaceful demonstration of more than half a million people in Tehran, not only prepared and provided all the facilities and rooms of the hospital where she worked at but also organized the doctors and staff for the treatment of the protestors after Khomeini’s mandate to open fire on the gathering. She treated and rescued many of the wounded from the regime’s guards.

She opened the doors of her house and gave all her resources to Mojahedin. She was arrested in 1982 for supporting the Mojahedin and spent two years in Khomeini’s dungeons of torture and death. She was one of the defiant political prisoners of the era.

As outlined in her book, Shoorangiz, prison was a major turning point in her life. The resistance of brave young girls in prisons and their unfortunate executions gave her a responsibility that she dedicated herself to until the last moment of her life.

She referred to the heroic martyrs, such as Shekar Mohammadzadeh and Dr. Massoumeh Karimian (Shoorangiz) with such enthusiasm that it would absorb every listener.

She is now immortalized in eternal peace alongside those for whom her heart was unceasingly beating.

Despite her vast knowledge and experience, her rich culture and status, her friends used to call her Massi because she was always a humble, friendly, warm, and affectionate person.

Her subtle and genuine feelings were always impressive to me as she recounted the memories of the martyrs. What Maryam Rajavi said about her is true: Massoumeh will not be forgotten.  Her morality, purity, and perseverance are part of the movement’s collective conscience and her absence will only strengthen the commitment and responsibility of all the members of the Resistance in the struggle for a free Iran.

Massoumeh Joshaghani wrote in her book that her very first encounter with the name of the Mojahedin (PMOI) was when she read the biography and defense of a 19-year-old Mojahed (Mehdi Rezaii) during his trial under the Shah.  From that first acquaintance, she joined their path and pledged to fight for the freedom of her people.

In my opinion, Massoumeh Joshaghani vas very happy and successful. I could sense it from her outlook on life. Gandhi says, “Happiness is to balance between your thoughts, your words, and your actions.” Our dear Massoumeh maintained this equilibrium throughout her life, whether in prison and under torture, during the turbulent days of her departure from Iran, all the years of exile and during her productive support and participation in all of the Resistance’s campaigns against the clerical regime. She believed in what she said and acted accordingly.

At the beginning of her memoir from prison she wrote, “Life’s unfortunate events grant us with blessings which we are at first unaware of. And for me, imprisonment was one such event that gave me the opportunity to understand human beings; humans characterized by angelic virtues in whom you observe the greatest of creation’s beauty and those absolutely opposite filled with ugliness and demon traits… I dedicate this book to my dear friend, Shoorangiz (Dr. Massoumeh Karimian), one of the symbols and leaders of resistance against savage tortures of the painful summer of 1988.”

Her belief in the freedom of Iranian people and her faith in the leaders, Massoud and Maryam Rajavi, made her an optimistic human being who was always present during the struggle. In spite of many years of pain and suffering, she remained passionate and sympathetic to the movement with a face that expressed hope and power.  After leaving Iran and during her exile, despite all the adversities of life, she continued her active participation in the campaigns and in every opportunity to expose the crimes of the clerical regimes while commemorating the martyrs.

She was a kind mother to her granddaughter Amitis, a friend and sister to her daughters, Sara and Maryam, and shared five decades alongside her husband, Dr. Mohammad Ali Sheikhi, Chair of the Universities Committee in the NCRI, and a dear friend of the Mojahedin and the Iranian Resistance.

Pablo Neruda said, “Somewhere, you’ll find your minute and then you will either smile or shed tears.”

I have no doubt that in the last moments of her life, Massoumeh left with a smile and pride to join the land of unity, peace, and friendship.

As Maryam Rajavi said in honor of Massoumeh, “She was one of the great human beings who had found truth in life by fulfilling her responsibility and her struggle towards the liberation of Iranian people so that –in her words– ‘the passion for freedom, life, and resistance will be kept alive in all freedom-loving human beings.’”

Surely, the candle of her existence and all those companions who have given their lives on this path will perpetuate and light the way until the day of victory and freedom of Iranian people.