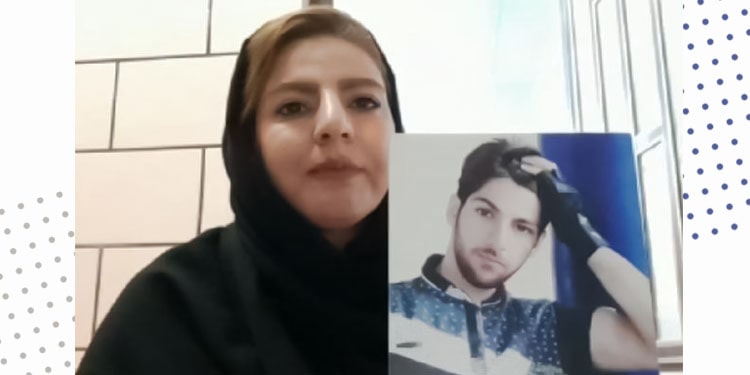 Behbahan city in Khuzestan province was the scene of protests like the 2019–2020 Iranian uprisings. In a similar and reciprocal response, the government arrested several protesters and cut off Internet access in Khuzestan. Security forces arrested a young woman during the protests in Behbahan.

Videos posted on social media show groups of several dozen citizens of Behbahan taking to the streets the evening of Thursday, July 16, 2020.

The demonstrations took place in protest against the crisis-stricken economy, as well as the death sentences issued for three protesters of the November 2019 uprising in Iran.

According to credible reports, one of the detainees was Farzaneh Ansarifar, the sister of Farzad Ansarifar, one of the victims of the November 2019 uprising.

In an official statement, Behbahan State Security Forces announced that they will deal with the movement decisively.

The announcement, issued the morning of Friday, July 17, reads as follows: “Avoid any gathering that could be a pretext for protest of anti-regime elements. The SSF will deal decisively with these desperate movements in accordance with its inherent and legal duties” (The state-run Mehr news agency – July 17, 2020). Meanwhile, Behbahan State Security Chief Mohammad Azizi called the rallies “illegal.” He continued, “The rally followed a call. The SSF will act according to its duty and deal with any disturbance of public order with uncompromising strength” (The state-run Young Journalists Club news agency – July 17, 2020).

The Aftab state-run website reported on the security forces’ repression of the people in Behbahan. According to the source, “Reports indicate the presence of riot police in the streets of Tehran, Shiraz, Mashhad, Tabriz, and others. Meanwhile, the Islamic Revolutionary Guard Corps (IRGC) in Khorasan Razavi province announced in a statement indicating that “with the high intelligence accuracy of the Intelligence Organization of the Islamic Revolutionary Guard Corps, a number of key members of the dissident groups were identified and arrested” (The state-run Aftab news agency – July 17, 2020).

The state-run Roydad-24 website published a report on agents’ repression of the people. The headline of Roydad-24 was: “Details of the protest rally in Behbahan / Internet in Khuzestan was disrupted, Iranian security forces fired tear gas to disperse demonstrators.”

The source then wrote, “Last night, popular protests took place in Behbahan. Apparently, the reason for this gathering was the death sentences issued for three young protesters, which, of course, coincided with the people’s economic problems.”

Roydad-24 added, “Reuters claims in a news item that security forces used tear gas to disperse the crowd. Reports from Khuzestan show that the Internet connection in this province is weak. Netblocks, which monitors the Internet situation in different countries, wrote that the Internet in Khuzestan province has been disrupted since 10 pm last night.”

With regard to the arrests and the creation of a security atmosphere, Roydad-24 wrote, “According to activists on social media, Farzaneh Ansarifar, the sister of Farzad Ansarifar, one of the victims of the November 2019 uprising, has been arrested.”

“Key members of the opposition groups who encouraged people to take part in the protests were arrested. The number of detainees is unknown. Police have not yet commented. It was only reported that the police dispersed the protesters harshly,” the state-run Tasnim News Agency wrote in explaining this incident.

This government source then presented the background of the suppression of the people’s protests, writing, “Previously, the people of Gheyzaniyeh Rural District had protested against the water situation in their area. Protests against the high price of gasoline in Khuzestan province also caused the most friction, the most critical of which took place in Mahshahr.”

Security forces reportedly shot at people in the Mahshahr swamps.

In a video released by locals, it was reported that the security forces had brought DShK. (DShK is a Soviet heavy machine gun with a V-shaped “butterfly” trigger, firing the 12.7×108mm cartridge) (The state-run Roydad-24 website – July 17, 2020). Background and scope of government repression

Behbahan was the scene of mass rallies that were violently suppressed by regime forces during the nationwide protests in November 2019.

Similar news has come from Shiraz, indicating the strong presence of security and military forces, and at least one case of fire in the streets.

It has also been reported that in Shiraz, Mashhad, Isfahan, Tabriz, and Tehran, the security situation and the deployment of special units and security forces on public roads, especially in these cities’ central areas, is confirmed.