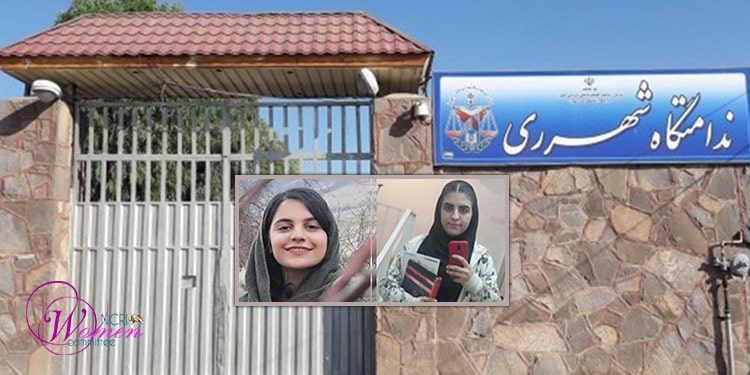 The women hired by the warden of Qarchak Prison and advancing this plans have been identified as Zeinab Ghanbarnejad (a.k.a. Zeinab Saratani) and Narges Amir Ali.

Zahra Safaei and her daughter, Parastoo Mo’ini, had been previously threatened and harassed in various ways in recent weeks by the common criminals hired by the warden of Qarchak Prison.

The clerical regime fearing outbreak of angry popular protests is doing its utmost to harm and kill political prisoners and detained protesters to terrify the people of Iran and discourage them from taking part in anti-regime protests.

Due to its weakness, the regime prefers not to execute political prisoners but eliminate them through other means, such as denial of medical treatment, depriving them of equipment and sanitation during the pandemic and refusing them leave, and finally by murdering them in prison by dangerous common criminals.

The regime has recently executed two detained protesters, Mostafa Salehi on August 5, and wrestling champion Navid Afkari on September 12, to advance its goal of terrifying a disgruntled society.

It has also been reported that following the execution of Navid Afkari, prison authorities have threatened to death the detainees in Ward 5 of the Great Tehran Penitentiary who are mostly protesters arrested during the November 2019 uprising, boasting that the international outrage could not save Navid.

The NCRI Women’s Committee repeats the Iranian Resistance’s call on international human rights organizations to take urgent action to save the lives of political prisoners in Iran.