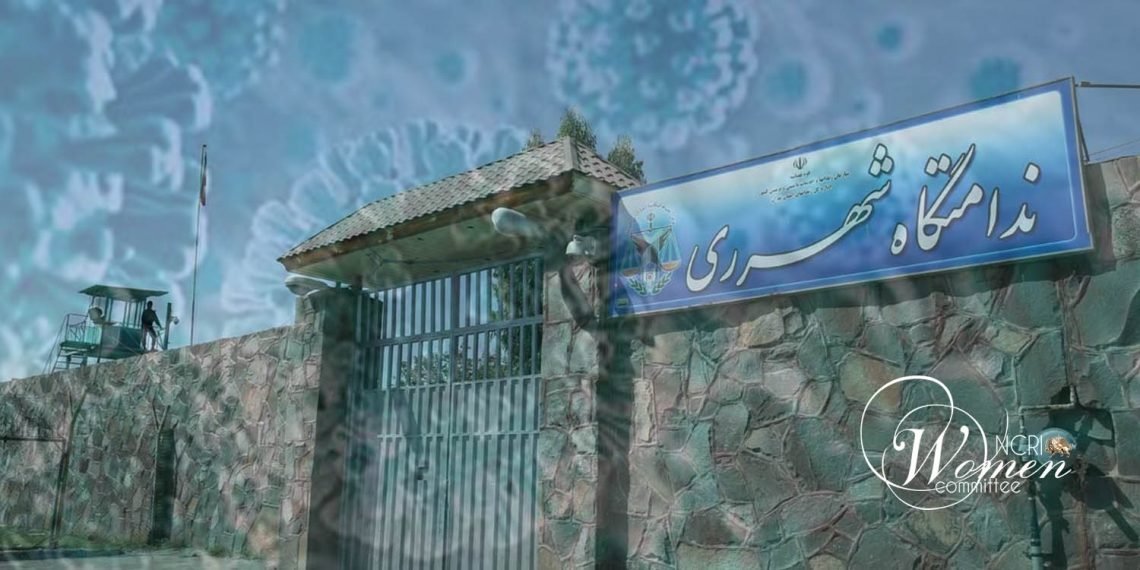 A look into the tragic conditions inside Qarchak Prison for women

Eyewitnesses say with severe shortage of medical supplies, at least 20 women prisoners infected with corona virus are being held among 2,000 other prisoners, but a regime official says they are not allowed to announce the number of patients!

Following the outbreak of the coronavirus, the health situation in the Qarchak Prison for women has deteriorated to the point that it has even made its way to the state media.

On April 15, 2020, the state-run Khabar Online news agency reported the plight of 20 female prisoners infected with Corona virus in Qarchak Prison, who are being held among other inmates.

The Qarchak Prison for women is used for detaining women accused of violent crimes and female political prisoners as exiles. There is no separation of prisoners according to the crimes in this facility, and political prisoners are kept among ordinary and dangerous prisoners. The women who were arrested during the uprisings in November 2019 and January 2020 are being held in this prison, none of whom have been allowed to go on leave.

According to the lawyer of several female prisoners and a prisoner who was recently released from this prison due to Corona virus outbreak in prisons, Khabar Online has revealed a part of the tragedy in this facility. The spread of Corona virus in Qarchak Prison for women, official denials

A female prisoner who has recently been released from Qarchak Prison for women in Varamin said two prison staff, including a doctor and a nurse, both tested positive for corona and are in quarantine, and at least 20 female prisoners in Ward 5 and 6 have come down with the Corona virus and are not being treated. They are kept in sharia conjunctional visiting rooms void any special facilities. While many of them suffer from respiratory problems, there are no medications, doctors, or breathing apparatus (ventilators) in these rooms.

Mehrzad Tashakorian, healthcare director general in the Prisons Organization, did not respond to an Online news question about corona sufferers in the country’s prisons, saying “He is not allowed to say how many people are infected.”

Overcrowding of the wards and the increased threat of infection

The eyewitness also revealed that sick and healthy women prisoners are all being held together. 186 people are being held in a prison ward using their beds as make shift quarters. At present, the doors of the corridor are closed, and prisoners are not allowed to enter the corridors. One of the wards is known as the mothers’ ward. Many children under the age of two and nursing mothers are being held in this ward.

The infirmary inside the prison is ill equipped and the prevalence of Corona virus has exacerbated the problem. There are no masks or gloves in the prison. According to the released prisoner, some women who had gone to the prison staff with fever symptoms, were told to go to their beds and use their headscarf as a mask!

According to the prisoner, there is no screening in the prison. Some ordinary prisoners who have gone on leave have been told to return after the end of their leave. Their return to the ward without a corona test will lead to another catastrophe. According to the lawyer for the female prisoners in Qarchak, some prisoners are sleeping on the floor of the prison, which is one of the causes of the spread of the coronavirus outbreak.

The cells and hallways are filled with prisoners and if there is only one person infected, it will be transmitted to everyone else.

Even the addicts who are in a bad situation are not separated from other prisoners. Obviously, women who are addicted are more likely to get corona, but they intermingle with the rest of the prisoners.

Health conditions in Qarchak Prison for women were deteriorating even before the pandemic. According to the inmates of Qarchak Prison, they did not even have the sanitary materials to deal with head lice among the prisoners, so the authorities would only shave the heads of the prisoners and wash it with bleach. However, after the outbreak of corona, no extra sanitary materials were provided to prisoners.

Omid Moradi, a lawyer who has several female clients in Qarchak Prison, explained: “About 2,000 female prisoners are being held in Qarchak, and the sanitary materials provided to them is less than other facilities. Sanitary and even food items are sold at several times the price outside the prison. There are prisoners who do not have visits, and now that visits are more limited, many of them are in financial difficulties to buy what they need.”

Due to the citric acid that is poured into the water and food of the prison, and the methadone that the prisoners consume heavily, as well as the use of all kinds of sedative pills, the physical resistance of female prisoners is very low.

They are not given any vitamin pills, vegetables or fruits. On the other hand, and due to lack of money they cannot purchase these materials at their own expense. Given that the regime has also banned visits, it is obvious that a prisoner without a visitor does not have the money to buy what she needs, and unfortunately, this has contributed to the unhealthy condition in prison more than ever. The prison store provides only one bar of soap and one laundry detergent per month for each prisoner, which is merely not enough for a female prisoner.

Another woman, who had just been released, said, “There were times when I would stand in line to buy liquid soap but it would sell out before I got to the window. Another prisoner who had purchased two liquid soaps would offer to sell one to me for 100,000 Tomans! Fearing the spread of Corona virus, I had to purchase it at that price. In women’s prisons, a 300-500 gram of liquid soap which usually costs 10 to maximum 15,000 Tomans, sells for 75 to 100,000 Tomans which is 5 times the price of the prison store. The prisoners are forced to purchase their needed hygiene items several times the official price from the prison store.”