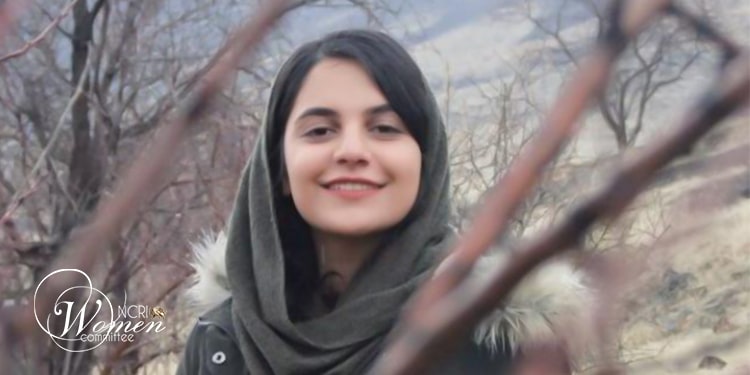 The Revolutionary Court of Tehran, Branch 28, handed down a 5-year sentence for Forough Taghipour, imprisoned for supporting the opposition People’s Mojahedin Organization of Iran (PMOI/MEK).

Ms. Taghipour’s lawyer was informed of the verdict on Sunday, March 7, 2021.

The court convened on January 5, 2021, and examined charges of “propaganda against the state” and “complicity with opposition groups” leveled against Forough Taghipour and her mother.

The judge had threatened Ms. Taghipour to hand down a verdict for Moharebeh (waging war on God), but she rejected this charge and announced that she was not guilty.

Under the clerical regime’s laws, Moharebeh (waging war on God) is punishable with the death penalty.

Political prisoner Forough Taghipour and her mother, Nassim Jabbari, were arrested on February 24, 2020.

Mrs. Jabbari, 58, was released on bail in mid-March and eventually exonerated of her charges.

Forough Taghipour, however, remained in detention and under interrogation in Ward 209 of Evin Prison. She was pressured to cooperated with the Ministry of Intelligence and appear on TV making false confessions against herself.

In mid-April, she was banished to Qarchak Prison where she was detained with common ciriminals in violation of the principle of separation of crimes.

Forough Taghipour and another political prisoner, Parastoo Mo’ini, have been under tremendous pressure. Inmates hired and incited by the warden of Qarchak have harassed and attacked them several times.

Forough Taghipour contracted the COVID-19 while in detention in Qarchak.

Born on May 10, 1994, Forough Taghipour has graduated in accounting with a bachelor’s degree.