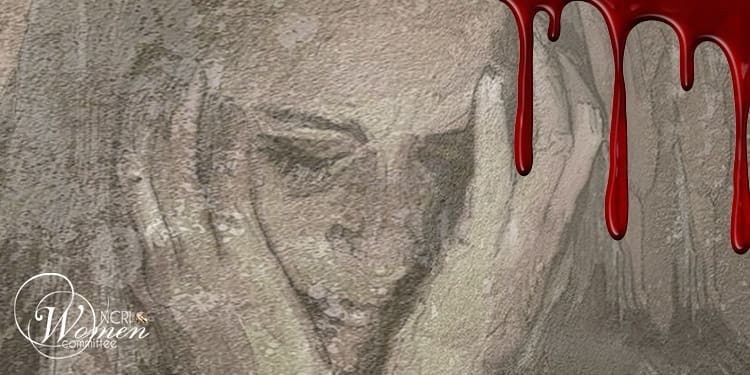 Not a week goes by in Iran without the honor killings of young women making news headlines.

The past weeks saw shocking examples of murders of young women by their husbands or other male relatives.

In many cases of honor killings of young women, the police and the judiciary act negligently. Their conduct is a license to kill, as seen in the cases of Romina Ashrafi killed by her father in Gilan, Sargol Habibi killed by her husband in Sanandaj, and the murders of Bayan and Sahar Moradi after Bayan’s legal complaints of violence by her husband were unheeded.

Violence against women is one of the worst violations of human rights in the world. Yet, in Iran, it has not been criminalized. The laws on the punishment of the murderers are weak, giving them special privileges and giving them the license to kill.

Mobina Souri, 14, killed by a cleric

Emblematic among the recent cases was Mobina Souri, 14, strangled with her headscarf by her husband, a young cleric, on August 30, in the Suri region in Lorestan Province, western Iran.

Mobina Souri was a victim of child marriages, which are nowadays rampant in Iran. Unfounded rumors about the young woman having an affair led to her death. Initially, the girl’s family and in-laws said it was a suicide. Still, subsequent investigations showed that she had been murdered. Finally, her husband confessed that he had killed her.

On August 21, Sabri Nalbandi, 24, was murdered by her husband in Takab, in West Azerbaijan province, northwestern Iran. Her husband burned the house to remove the evidence of his crime. Sabri had a child.

On August 8, Sara Pirzadi’s cousin shot her to death for marrying another man.

On August 6, Reza Ahmadian, 42, opened fire on his wife and her family in a garden in Sanandaj. Shilan Mondami, 24, had married Reza at the age of 14 but had no children. She had asked for a divorce.

What are the reasons for the high number of honor killings?

Different analyses are based on the clerical regime’s misogynous laws and patriarchal culture institutionalized in Iranian society and families.

Rezvan Moghaddam says, “In general, the government in Iran sanctions violence against women. The state media distort the news of the murder of women. Violence against women is not criminalized. A lack of safe shelters for battered women and a lack of sound judicial investigations have made life very difficult for women. The statistics on violence rise by the day, and one can palpably see the collaboration among the political, legal, and patriarchal regimes against women.”

A glance at the collection of Iranian laws on women reveals that Iran’s legal regime does not consider women independent human beings because of their gender. This outlook systematically provides the legal license for violence in all its forms and particularly for the murder of women, Moghaddam said.

The legal structure helps the patriarchal order and reactionary traditions convince society that women must be owned.

In reviewing Article 301 and the large number of daughters killed by their fathers, one finds out that most of these murders are to protect the father’s dignity.

Articles 612 and 630 of the Islamic Punishment Law are related to women. In these articles, the Judiciary is not responsible and grants the legal decision to the murderer. Thus violence against women finds its legal justifications and license and is implemented based on patriarchal views and reactionary traditions.