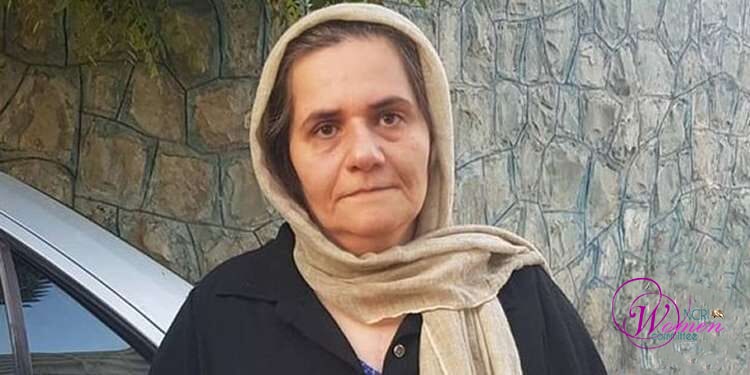 Under the pressure of the Ministry of Intelligence, Farangis Mazloum went to Evin Prison on February 1, 2022, to serve her sentence. However, the prison authorities refused to accept her due to her severe physical condition.

Accordingly, the implementation of the bail was postponed for one month so that the forensics could re-examine Mrs. Mazloum and confirm that she could not endure prison conditions.

Farangis Mazloum has severe legs, eyes, heart, and blood pressure problems. She cannot even walk. But the Ministry of Intelligence pressured her to go to Evin Prison to serve her sentence.

On January 17, 2022, the Ministry of Intelligence pressured the bailiff that his house would be confiscated if Farangis Mazlum did not report to Evin Prison by the end of the week.

On the one hand, they pressure the bailiff; on the other, they see that she cannot tolerate prison conditions. It was so difficult to hand her over to prison in such a condition.

A month ago, the forensic doctor saw the case and saw the mother’s condition up close. He said in a sour tone, “Knee pain and eye pain is nothing. People with worse conditions can endure prison.”

After they pressured the bailiff, my mother decided to stop her medical treatment and go to jail to avoid further embarrassment before the bailiff.

Her only crime is seeking justice for her son.

Farangis Mazloum was sentenced in absentia to six years in prison on charges of “assembly and collusion against national security” and “propaganda against the state.”

Following her appeal, the Revolutionary Court held a hearing on September 28, 2020. It sentenced Ms. Mazlum to one year and six months in prison.

Farangis Mazloum had been previously arrested on July 22, 2019, and taken to solitary confinement in Ward 209 of Evin Prison. She went on hunger strike to protest the cancellation of her family visits.