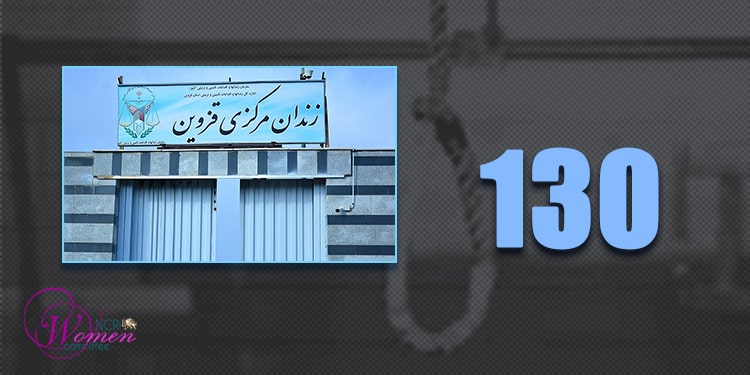 Khatoun Hamidi, 23, hanged in the Central Prison of Qazvin

The authorities of the Central Prison of Qazvin (a.k.a. Chubindar) hanged a young woman by the name of Khatoun Hamidi on the morning of Saturday, February 5, 2022.

Khatoun Hamidi, 23, was accused of deliberate murder for which she was sentenced to death.

The execution of Khatoun Hamidi brings to 130 the number of women executed in Iran since summer 2013.

An informed source said Khatoun Hamidi was arrested and detained five years ago after killing her fiancé. She did not love her fiancé and had been forced by her father, a drug addict, to marry him because he was rich. The sources added, “Khatoun had just one brother. Her mother had died, and she did not have anyone. Her brother tried hard to receive the consent of the parents of the victim, but they did not accept and demanded retribution.”

Although her exact age is not known, human rights organizations suspect that Khatoun Hamidi was under 18 years of age at the time of committing the crime.

The state media in Iran have not yet announced the young woman’s execution as this news is being published.

The clerical regime has stepped up execution of women in Iran in recent months. In the period between November 22 and December 21, the regime executed at least seven women.

The seven hanging executions of women in Iran during just one month is noteworthy particularly because since 2013, the average number of women executed in Iran has been 15 per year. Therefore, the regime executed the equivalent of six months in just one month.

Of the seven women hanged in just one month, four of them have not been identified.

The authorities of the Central Prison of Yasuj carried out the death penalties for a couple on November 23, 2021, on murder charges.

Maryam Khakpour, 41, was hanged on November 25 in Dastgerd Prison of Isfahan on drug-related charges. She had repeatedly claimed innocence saying the drugs belonged to her husband who has been sentenced to 18 years.

A 2017 amendment to the Iranian regime’s law strictly limits use of the death penalty for drug-related offenses. The executions on drug-related charges have nevertheless continued.

On December 9, 2021, six inmates including three unidentified women were hanged in the Central Prison of Kerman.

Massoumeh Zare’i, 40, was hanged in the Prison of Amol at dawn on December 14, 2021. She had a 21-year-old daughter and was in prison for seven years for murder of her husband, a drug-addict who often battered her and did not consent to divorce.

Fatemeh Aslani was hanged on December 19, 2021, in Dastgerd Prison of Isfahan for murdering her husband. She had been on the death row for nine years despite pleading not guilty.