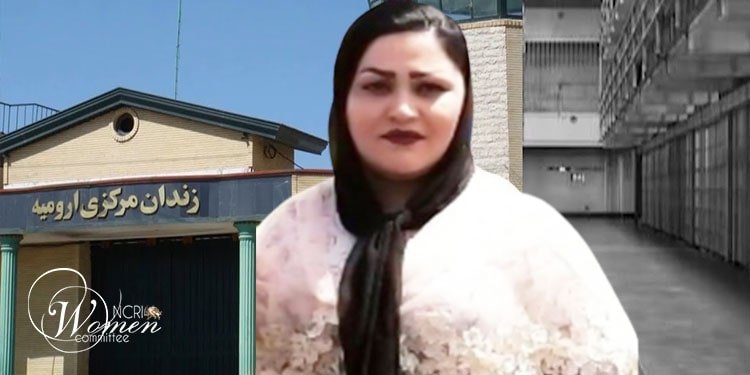 Ms. Khadirzadeh ended her hunger strike on May 7, 2022, after Urmia Prison authorities promised to meet her demands after 11 days of hunger strike.

They were supposed to transfer the pregnant political prisoner to a civic hospital in Urmia on May 9 to be hospitalized under the supervision of doctors. However, on the same day, the Urmia Prison authorities summoned Ms. Khadirzadeh. They told her that she would not be taken to a medical center outside.

Contrary to their promises, the Urmia Prison authorities decided that a team of doctors from the Forensics Office do the ultrasound scan and examine her.

Informed sources say Urmia Prison authorities have told Soada Khadirzadeh that she will probably be transferred to the Prison of Mahabad in the coming days.

Soada Khadirzadeh went on hunger strike on April 26, 2022, despite being eight months pregnant. She protested being detained with uncertain status for seven months in the Central Prison of Urmia.

In an audio file sent from prison, she reiterated, “I am held as a hostage.”

Political prisoner Soada Khadirzadeh went unconscious in one of the halls of the Central Prison of Urmia on Monday, May 2, 2022, on the eighth day of her hunger strike.

On Sunday, May 1, 2022, security forces twice raided Soada Khadirzadeh’s place in the women’s ward of the Central Prison of Urmia. They inspected all the belongings of this pregnant political prisoner and her cellmates.

After a few hours, they transferred the pregnant political prisoner Soada Khadirzadeh to an unknown location but returned her at night.

Soada is in harsh conditions because of being pregnant. An informed source gave information about the raid by security forces on the women’s ward: “Security forces disrespected her and her cellmates. They searched their belongings under the pretext of having a mobile phone.”

The day before, political prisoner Soada Khadirzadeh told the Urmia Prison’s warden that she would continue her hunger strike as long as her demands were not met.

Political prisoner Soada Khadirzadeh stressed that “I will continue my hunger strike even if my health and my 8-month-old fetus are endangered.”

Political prisoner Soada Khadirzadeh, 32, is from Piranshahr, West Azerbaijan Province. She is married with two children and was one-month pregnant when she was arrested.