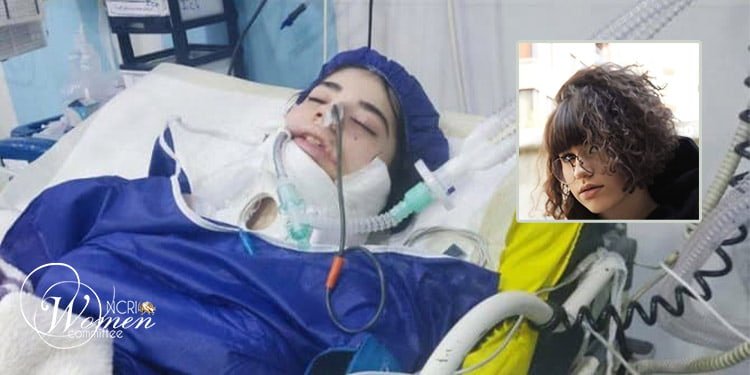 Arnika Qaem Magham, 17, died because of numerous blows of a hard object to her head

Stop systematic killing, abduction, and torture of children in Iran

Arnika Qaem Magham, the latest victim of arbitrary arrest and torture of children in Iran

Stop systematic killing, abduction, and torture of children in Iran.

With active participation of outspoken high school students in the Iran protests, the state security forces, and its repressive units have become more actively engaged in cracking down on high schools and arresting students, especially girl students.

The crackdown has raised serious concerns about the lives of young people under 18.

Seyyed Jalal Hosseini, political deputy to the Organization of the paramilitary IRGC Bassij, acknowledged, “70% of those arrested during (the recent protests) were youngsters under 20 years old. They have made extensive use of women and girls a lot (in the protests).” (The state-run Aftabnews.ir, October 20, 2022)

The Commander of the State Security Force of Qom Province also acknowledged at a news conference on October 11, 2022, that the age of 60 percent of those detained during the protests in Qom was between 15 and 22 years old. (The state-run akharinkhabar.ir, October 11, 2022)

Following are reports on some major incidents involving military crackdown on students in high schools.

October 13, 2022, Ardabil – Attack on Shahed High School for girls: Plainclothes agents raided the school beating up the students who refused to take part in a pro-regime rally to sing an anthem praising the mullahs’ supreme leader, Ali Khamenei.

At least seven students were arrested and taken away. Other reports put the number of arrested students at 19 and even 35.

At least 10 girls were injured and taken to the Fatemi Hospital for treatment. Among them, Asra Panahi, 15, who died due to severe internal bleeding. Another student, identified only by the first name Aytak, went into a coma.

The government forced Asra’s uncles and brother to make false confessions on TV, saying that she had passed away due to a heart condition. Her brother reportedly committed suicide after appearing on the state TV against his will and lying about his sister’s cause of death.

Mahabad, Iranian Kurdistan – In the wake of protests by students at Bayan High school for girls in Mahabad. The high school’s principal, Sultan Eassavi called the security forces and asked them to come to this private school. In the meantime, the principal locked the door and imprisoned the students inside the school until the agents arrived and arrested 29 girls.

Shahinshahr, Isfahan – An eyewitness reported on the violent arrest of Parvaneh Salehnia, a senior student at 22 Bahman High School.

The school’s principal, Maryam Qomi, called the Intelligence Department to come and arrest Parvaneh. When they came, they went to the class and pulled her out as she was screaming loud. They tied her hands and dragged her by her hair.

Isfahan – Reports from Isfahan indicate that dozens of students arrested in this province have been taken to the Dolatabad Center for Reform and Training.

According to a reliable source, a large number of high school girls have been taken to Dolatabad Center for Reform and Training. The conditions at this detention center are horrible, and the children are detained along with children who have grown up in prostitution, addiction, sale of drugs, major robberies, etc. There is no classification based on age or the type of crime committed. All of them are detained together in a silo. At least 40 of these juveniles are suffering from HIV AIDs.

Tehran – The semi-official daily Etemad also published a report on October 18, citing a father who talked about the attack on his daughter’s school in Tehran’s second district. Three students were terrified and taken to hospital after the raid.

There have been reports on forced disappearances of Amir Mohammad Bighaleh, 17, in Astara, on October 12, and of Amanj Qassemi, 16, in Javanrud on October 12.

Social media posts report on the death of Arnika Qaem Magham, 17, in a military hospital in Tehran due to consecutive blows of a hard object (i.e., baton) to her head and breaking of a neck disc. The government says she threw herself from the fourth floor of a building.

The death comes in the wake of similar cases of Nika Shakarami, Sarina Esmailzadeh, and Mahsa Amini who were bludgeoned to death.

The United Nations and the Security Council need to address the systematic shooting, killing, abduction, and brutal treatment of children under 18 years during the Iran protests in Iran. They should take urgent measures to stop such violence.