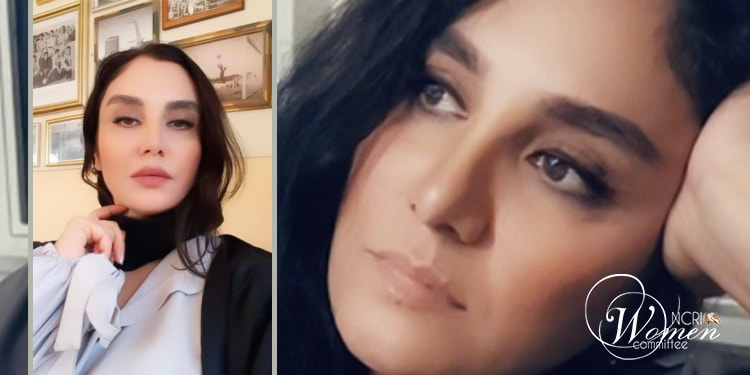 Women’s rights activist Mojgan Keshavarz faces the trumped-up charge of “corruption on earth,” which could be punished by the death penalty.

Mojgan Keshavarz is an opponent of the compulsory Hijab. She had previously received a sentence of 23.5 years in 2019 for openly opposing the mandatory Hijab but was temporarily released due to illness which made prison conditions unbearable.

Her lawyer, Mohammad Moghimi, announced on January 17 that “the life of Mojgan Keshavarz is in danger.” A new case has been filed against her on the charge of “corruption on earth,” Mr. Moghimi said.

Mojgan Keshavarz, who has a 12-year-old daughter, was arrested at home in Tehran on April 25, 2019. She was beaten in front of her daughter and subsequently taken to an unknown location. Just before being arrested, Ms. Keshavarz was working as a volunteer to help the flood-stricken residents of Lorestan.

Branch 28 of Tehran’s Revolutionary Court, presided by the notorious judge Mohammad Moghiseh, sentenced each of these prisoners to 5 years in prison for “assembly and collusion against national security,” one year for “disseminating propaganda against the state,” and ten years for “encouraging and preparing the grounds for corruption and prostitution.”

In addition to these charges, Mojgan Keshavarz has been sentenced to 7.5 years for “insulting the sanctities.” These add up to 55 years and six months in prison for women’s rights activists.

In a shocking development, while Ms. Keshavarz has been sentenced to more than 23 years in prison for opposing the mandatory hijab, and the protesters arrested for setting fire to the garbage can are facing death sentences and life imprisonment, the husband of Mona Heydari, who cut off his wife’s head and paraded in the streets with it, was sentenced to 8 years and two months in prison on January 18.

At 3 p.m. on Saturday, February 7, 2022, Sajjad Heydari, Mona’s husband and cousin, marched in Khashayar Square in Ahvaz, the capital of Khuzestan province in southwest Iran. With a dirty grin, he held Mona’s head in his hand.