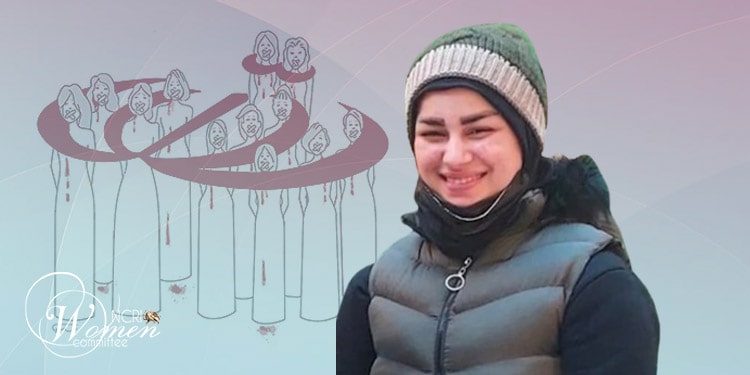 Five days after the tragic murder of Mona Heydari (Ghazal), none of the Iranian regime’s top leaders or officials have condemned or taken a stand on it. Conversely, in a virtual meeting entitled “Investigating the Background and Consequences of a Social Tragedy,” some misogynist clerics justified the murder, calling the killer “oppressed.”

Ahmad Rahdar, director of an Islamic studies institute, told the virtual meeting that the murder was “primarily a matter of zeal,” which is one of the “examples of faith.”

The horrifying murder of Mona Heydari, a young woman from Ahvaz, has made headlines in recent days. Iran’s state media, facing an outraged public, have been trying to downplay this heart-wrenching crime to the level of an individual, family, or tribal issue.

The brutal murder of Mona Heydari shocked everyone

At 3 p.m. on Saturday, February 7, 2022, Sajjad Heydari, Mona’s husband and cousin, marched in Khashayar Square in Ahvaz, the capital of Khuzestan province in southwest Iran. With a dirty grin on his face, he was holding Mona’s head in his hand.

A few hours later, Sajjad Heydari and his brother, who were involved in the brutal murder of Mona Heydari, were arrested. It is unclear whether they will face any punishment.

A two-year investigation by the Reyhaneh Women’s Institute director in Ahvaz shows that 60 women, including 11- and 15-year-old girls, have been killed in Khuzestan during this period. Having collected the data through her colleagues, Atefeh Bervayeh believes that the number of murders is even higher.

According to this research, none of the killers of the 60 women has been punished so far. Even the families have not filed any complaints.

Referring to the brutal murder of Mona Heydari, a journalist said that it should not be called an honor killing. Mandana Sadeghi wrote in this regard: “This phrase of honor and its preservation and care has been a license for illegal actions such as murder and imprisonment until today.”

The outrageous reactions of women in the clerical regime

Ensieh Khazali, the Women and Family Directorate head, tweeted that the killer should be handed the death penalty but blamed the problem on “cultural shortcomings.” She called for the adoption of the bill to prevent violence against women and the legal loopholes to be rectified.

In the meantime, the female members of the mullahs’ parliament acknowledged that the issue was not urgent and would not be on the agenda until the budget bill was passed.

In response to a question about the timing of the bill to be floored, Elham Azad, a member of women’s faction in parliament, said: “We in the parliament are considering the New Year’s budget bill. In practice, I think the bill will not be considered in parliament until next year.” (The state-run ILNA news agency – February 8, 2022)

The bill to prevent violence against women, after 11 years of foot-dragging, has been overhauled in content. The Judiciary even changed its name, but the parliament has yet to approve the bill.