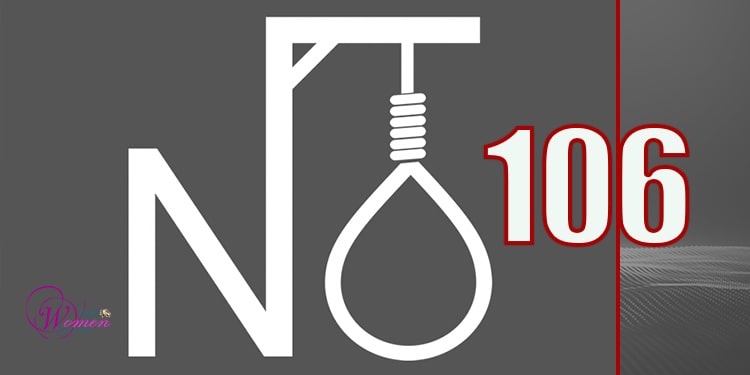 Young woman, 32, was hanged in Mashhad after 6 years on the death row

A young woman, 32, was hanged in the Central Prison of Mashhad on Sunday, August 2, 2020. The woman identified only by her first name, Mehri, had already served 6 years in prison on the death row.

The state-run Shahraranews.ir reported the woman’s execution on Tuesday, August 4, 2020. The executed woman was accused of murdering her husband.

The Iranian Resistance has registered 106 women executed during the tenure of the mullahs’ President, Hassan Rouhani, since he took office in 2013.

The substantiated information is based on the news and information published in the state-run media in Iran, human rights activists, and other reliable sources inside Iran with ties to the Iranian opposition movement. The actual figure must be considered higher, as most executions in Iran are carried out secretly out of the public eye with no witnesses but the executioners who carry them out.

The Women’s Committee of the National Council of Resistance of Iran has published a list of the women executed during Rouhani’s tenure.

In 2019, in step with ramping up suppression and executions in Iran, the clerical regime hanged 16 women, six of them only in the month of December.

Iran holds the world record for the execution of women. Because of the clerical regime’s failure to categorize murders according to their degrees, anyone committing murder is sentenced to death, regardless of their motives.

These executions are cruelly unjust. As the NCRI Women’s Committee has formerly noted, Many of the women convicted of murder in Iran are themselves victims of domestic violence against women and have committed murder in self-defense.