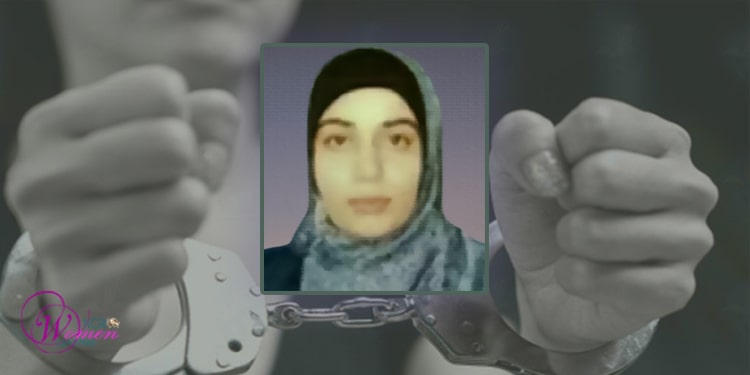 Cultural activist Sahba Hemadi also known as Lamya was taken to the Sepidar Prison of Ahvaz on December 30, 2020, after the Revolutionary Court of Ahvaz sentenced her to 7 years in prison for “armed insurgency and acting against national security.”

Sahba Hemadi was under the most cruel physical and psychological tortures while in detention for two years, including six months in Evin Prison. In the Intelligence Department of Ahvaz, she was given electric shocks under interrogation and her arms bore scars of burn. They forced her to confess that she had poisoned pilgrims. They also threatened to kill her husband if she did not make televised confessions.

She was allowed to contact her family only once during her detention while she did not know about her place of detention.

Lamya Hemadi was arrested in October 2018 during a wave of arbitrary arrests of Arab citizens after an attack on the parade of the Armed Forces in Ahvaz. In May 2019, she was sentenced to death but in November, her sentence was commuted to 15 years in prison for acting against national security.

Persistent inquiries by her family led to her temporary release from Sepidar Prison on March 27, 2020, on a bail of 4 billion Tomans until completion of her prosecution. After another appeal, her prison sentences was reduced to 7 years.

Cultural activist Sahba Hemadi is a poet, writer, and a student of agricultural engineering. She is married with two children and was seven months pregnant at the time of arrest when she was only 20. Her husband, Hossein, is also imprisoned in the Prison of Shaiban of Ahvaz.

Earlier, she had been summoned by the Intelligence Department of Ahvaz for her activities in the social media and for publishing an article against racial discrimination, economic problems and poverty.

The clerical regime continues to arrest cultural activists in Ahvaz. Intelligence services arrested Fatemeh Tamimi on December 9, 2020, Maryam Ameri on December 10, Azhar Alboughabish and her two brothers, Abbas and Reza, in early December, and Zeinab Savari and her sister and brother on December 11, 2020.