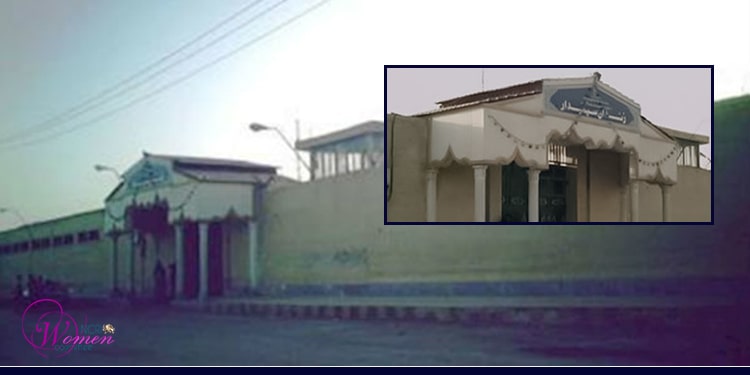 Female political prisoners are harassed and tortured in Sepidar Prison of Ahvaz, in Khuzestan. This is a common practice by the regime to terrorize the society and create an atmosphere of fear.

The prisoners in the women’s ward of Sepidar Prison of Ahvaz are not separated according to the category of crimes, making the conditions even more difficult and intolerable for the female political prisoners.

Virtually, all female political prisoners have been tortured under interrogation. Some of them were pregnant while being interrogated.

Following is a partial list of them and a brief information, as much as it was available:

Elaheh Darvishi, 20, married with a child. She was 18 and pregnant at the time of arrest. She delivered her child while in prison;

Sakineh Segour, 35, married with two children. She was pregnant when she was being interrogated. She was sent to hospital to deliver her baby as she was drenched in blood and her hands and feet were in cuffs;

Mahnaz Amouri Faissali, 38, married with a 10-year-old son. Her only crime was to help her 15-year-old niece, Maedeh Sha’abani Nejad, hide from agents of the Intelligence Department who wanted to arrest her;

Nejat Anvar Hamidi, 62, who has caught the coronavirus. She had been imprisoned in 1981 for 2 years and 4 months. Then, she was arrested again in 2017, and sentenced to 5 years in prison for supporting the People’s Mojahedin Organization of Iran (PMOI/MEK) in March 2019. Since that time, she has been suffering from acute eye illness and is at risk of losing her eye sight;

Maryam Zobaidi, 53, married with three sons and a daughter, from Zeitun district of Ahvaz. She was arrested on March 15, 2018 along with two of her sons, 26 and 29 years old. One of her sons, Benjamin Albu Ghabish, was killed under torture on June 26, 2019;